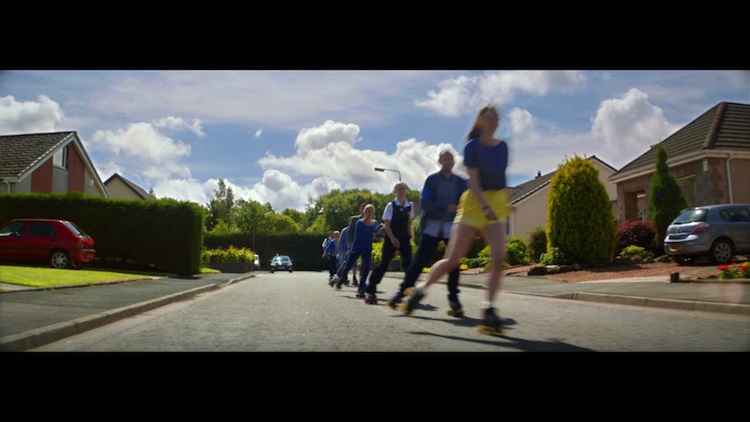 ScotRail launched a television marketing campaign this month (August 2013) focusing on the freedom and enjoyment of taking the train.

The Roll With Us campaign features a “human train” of roller skaters.

It is accompanied by a recording of 1970s disco classic Young Hearts Run Free.

The first advertisements were broadcast on Channel 4 and STV.

“The Roll With Us campaign celebrates the freedom and fun that rail travel offers,” said Graeme Macfarlan of ScotRail.

The advertisements will also appear online, in cinemas, on poster sites and in newspapers.

ScotRail is also supporting a world record attempt in Glasgow on 8 September 2013 for the longest roller conga line on skates.

You can see the advert here