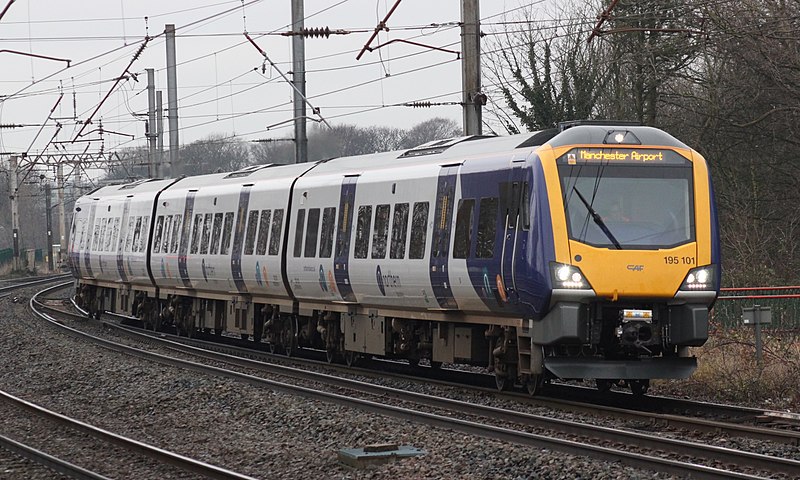 Transport Secretary Grant Shapps has stated that he will take action on the Northern franchise, but will not decide until end January 2020 exactly what that action will be - either an Operator of Last Resort or a direct contract. Railfuture analyses the causes of Northern’s poor performance and recommends what action the Transport Secretary should take. Insufficient time was allowed between letting the franchise and the PRM compliance deadline for procurement, delivery and testing of new trains such as these class 195 units. Image by Geof Sheppard under CC by SA 4.0.

The problems that Northern has experienced, and the impact on their finances, had already prompted Deutsche Bahn to try to sell Arriva, which owns Northern, and ‘handing back the keys’ for Northern must have been a possibility. In fact the Transport Secretary’s announcement is just getting in first, so that Northern rather than the government takes the media criticism. However, the problems are not just a matter of poor management by Northern. A new operator will not have a magic wand, but will have the same services, rolling stock, staff, and pretty much all the same managers – so the same problems.

The root cause of Northern’s problems
What the North needs

The North needs an expanding railway fit for the purpose of playing its part in the economic, social and environmental future of the North. This requires investment in doubling the capacity of the rail network in the North, electrification of Trans Pennine and other routes, and Northern Powerhouse Rail.

Rail staff must be motivated to the part that they can play using new equipment and enjoying terms of employment that provide service availability and better overall conditions. This includes sorting the question of how trains should be staffed to maximise benefits for the passenger eg customer service, quicker journeys, personal security and fare collection.

What the government should do now

So what happens now? In the short term the Transport Secretary will decide whether to strip Northern of the franchise and hand it to a Government-appointed Operator of Last Resort, or to award a direct contract to Arriva (the current franchise holder). Longer term he might run a competition for a new operator (or separate North East and North West operators), he might devolve responsibility to Transport for the North, or he might divide devolved responsibility between the Northern cities.

Division of responsibility between the Northern cities (where the mayors have shown no insight into what is required to restore the service) would create conflict for services between those city regions and the risk of peripheral areas being ignored; division into North-West and North East, which has been suggested, would leave Yorkshire (which is geographically east of the Pennines but has services connections provided by Northern primarily with the North West) in an ambiguous position; whilst Transport for the North has yet to develop the client experience needed to procure and manage an operator concession.

Therefore Railfuture agrees that the DfT should award a short direct contract to an operator and recommends that the DfT gives that operator the political and financial cover to complete the new train roll-out, resolve the industrial relations issues, and temporarily reduce the number of services on the most affected routes to what can be run reliably. That operator must recognise that operational managers who are fighting the alligators will not have time to drain the swamp, so it should set up a separate team, not distracted by the day job, with the freedom to consider different approaches and the responsibility to define an operational solution which will work.

This short direct contract will give time for Transport for the North to be equipped to act as client with a view to the provision of an integrated transport system responsive to regional and local needs, and for matching enhancements to the timetable and network to be planned and implemented so that an enhanced timetable can be delivered reliably. When these are complete, responsibility should be devolved to Transport for the North for operation of the services via a concession (like Transport for London and Arriva’s London Overground operation), but in a Network Alliance between the new Northern operator and Network Rail in the north, with a single Managing Director (like the ScotRail franchise).

The irony is that things will get better as the new trains come in and the peak of driver training commitment passes on Northern, so the real lessons may never be learned. A cynic might say that Mr Shapps will be told by his officials at DfT that a good “kick up the backside” solved it. This must not be allowed to happen as it would be deeply insulting to many of the people on Northern who are very capable and who have been dealt a rotten hand of cards to play, when the dealer was in many cases the DfT itself.

All parties should reflect on and remember that it is the passengers and the voters who are suffering. Simply searching for scapegoats is hardly likely to provide a sustainable solution to providing a fit-for-purpose transport system for the North. It is therefore up to the DfT to ensure that the lessons are learned and the issues are not repeated. The government’s response to the Williams Rail Review will be an early test.

Railfuture Blueprint for the North

Murder on the Thameslink Northern Express