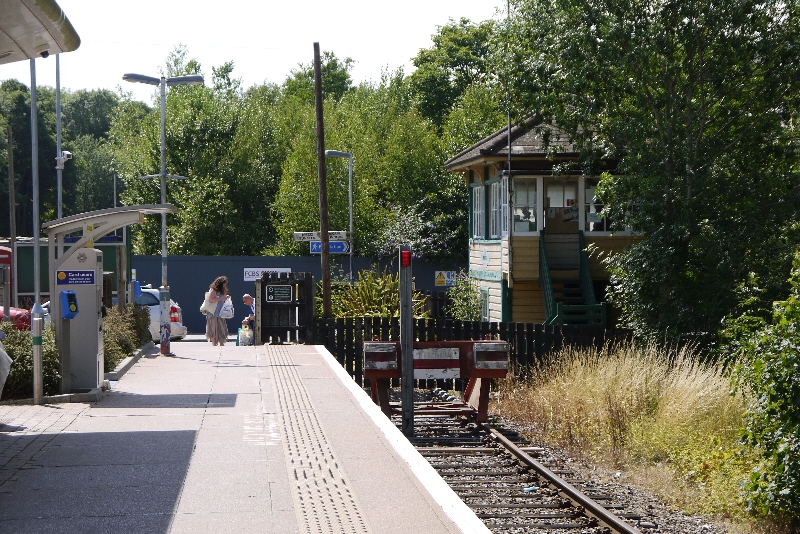 Network Rail published the final Sussex Area Route Study last week, following the consultation at the beginning of this year. The study recognises the strength of feeling for Uckfield - Lewes reinstatement - 44% of the consultation responses mentioned it - and considers the potential of the Uckfield route and the Lewes Horseshoe to relieve the Brighton Main Line.

Whilst the study finds that the Uckfield route could provide some additional capacity to East Coastway, it is unduly pessimistic about the diversionary capacity for Brighton, and ignores the potential local economic benefits, so concludes that the benefits are insufficient to justify reinstatement in the near future.

It is therefore essential that the terms of reference for the forthcoming Lewes - Uckfield study announced in both budgets are set for a successful outcome. Railfuture welcomed George Osborne's initiative to widen the scope of the study in the July budget - clearly the Chancellor is looking for 'big ticket' capital investment projects with a solid economic case which will enable him to continue to grow the economy whilst cutting back on revenue spending.

If the terms of reference for the study were to focus on just one potential solution, then the study can only respond with a Yes or No answer - and we are in no doubt that a 'No' answer would firmly put back reinstating the missing Lewes to Uckfield link for 5 to 10 years at least. Similarly if the study were to focus just on the economic benefit of more rail capacity from/to Brighton, Network Rail would counter (as they have in the Sussex Area Route Study) that the enhancements which they already have planned will provide all the capacity needed until around 2040, and more cost-effectively.

However if the terms of reference for the study define a comprehensive package of potential benefits to be secured, and call for the study to identify a viable solution which delivers as many of those benefits as possible, then we are much more likely to arrive at the positive answer which we are all seeking.

We see two sets of benefits, firstly the benefits to Sussex and Brighton which could be achieved with a modest initial scheme which will deliver Uckfield - Lewes reopening (potentially by 2024, and with the capability of expansion thereafter):
The second set of benefits could be achieved by a 'big ticket' (maybe £10Bn) 'Thameslink 2' scheme which links the expanding economic centres of Docklands and Croydon with communities in Sussex, Surrey and south, south-east, north-east and north London. Many of these benefits are needed now:
By setting the framework for the study in this way, the study can define two complementary projects which are not necessarily dependent on each other, so that if the 'big ticket' project does not show as good an economic and political case as for example HS3 (Leeds - Manchester), it is still possible for a local project to proceed.

The choice of who undertakes the study is vitally important as both technical rail expertise and economic development expertise will be needed. We would recommend the approach which is being taken for the proposal championed by Hastings and Rye MP Amber Rudd, and now also Bexhill MP Huw Merriman, to extend HS1 'Javelin' services from Ashford to Hastings and Bexhill, where the technical feasibility is being done by Network Rail, and the business case based on economic development opportunities has been done by a specialist consultant from Mott McDonald, whose report is expected to be published early next month.

Railfuture is working to shape the framework for the study, and will continue to engage both local stakeholders such as East Sussex CC, Brighton & Hove CC and Local Enterprise Partnerships, and London stakeholders such as TfL, Canary Wharf and Croydon Council, to build a partnership which will demonstrate to Ministers the necessary breadth and strength of support.

A Platform for Growth article