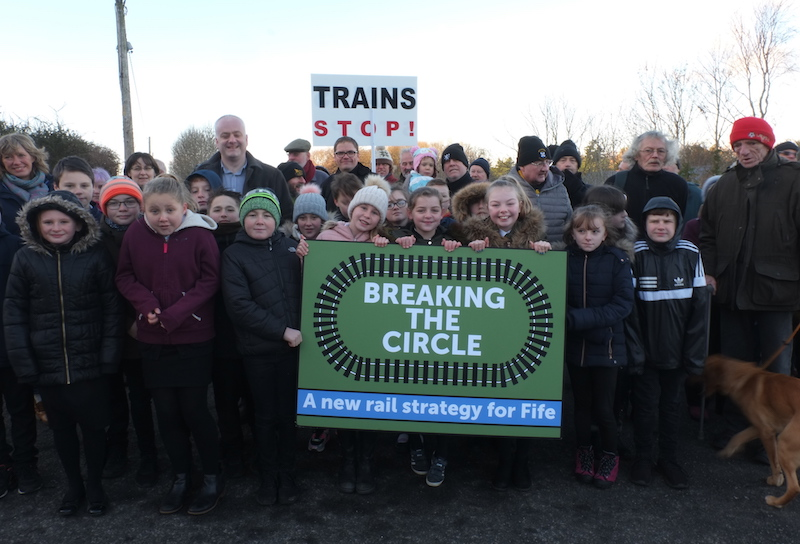 Fife Council and the Scottish Government should back an ambitious rail reopening strategy for Fife, urges a new report published by local rail campaigns and Green MSP Mark Ruskell.

Fife is long overdue new investment in rail, and there are fears that the new Queensferry Crossing could lead to a shift towards more car use if Fife’s rail network is not expanded to reflect growing demand.

The report calls for funding to be made available for feasibility studies into reopening the Levenmouth Rail Link, St Andrews Rail Link, and the Dunfermline to Stirling line, as well as new stations at Newburgh and Halbeath.

“I first began working on rail issues in Fife over 15 years ago, so in some ways it’s disappointing to see that little progress has been made,” said Green MSP Mark Ruskell. “However, vibrant community campaigns in Levenmouth, Newburgh and St Andrews have kept the vision of a better rail service in Fife alive, and it is time for Fife Council and the Scottish Government to get behind their calls for a modern, inclusive rail network.

“We are asking for a mixture of city deal funding and support from the Scottish Government to fund the initial feasibility studies into these projects, and for the council to back this strategic vision for rail services.

“Communities should not have to compete for funding to get projects off the ground, or get played off against each other to prove who is most in need of investment. These are five well developed, well supported projects that local and national government needs to get behind if it is serious about building a low carbon country that’s fit for the future.”

Nigel Mullen, from the Newburgh Train Station Campaign said: “We welcome the coming together of all Fife railway project campaigns, represented by this excellent and concise strategy report.

“Strong, well-supported local Fife community campaigns and hard work, with excellent cross-party political support, has made a decisive contribution to the future of a joined-up rail system for Fife, that will properly connect it to the rest of Scotland and bring great benefits to all these communities.”

Dita Stanis-Traken, secretary of the St Andrews Rail Link Campaign said: “In addition to the badly needed rail link to Scotland's oldest university and global golfing mecca that is St Andrews, there are other campaigns working for a better rail system in Fife.

“It makes sense to incorporate these worthy proposals into an overall strategy rather than looking at each aspect in a piecemeal fashion: adopting a Fife-wide approach will result in more coherent services for passengers and will provide Fife with a rail network fit for the 21st century; significantly boosting tourism, industry and inward-investment as well as allowing communities in other parts of Fife to benefit from proper connectivity with St Andrews."