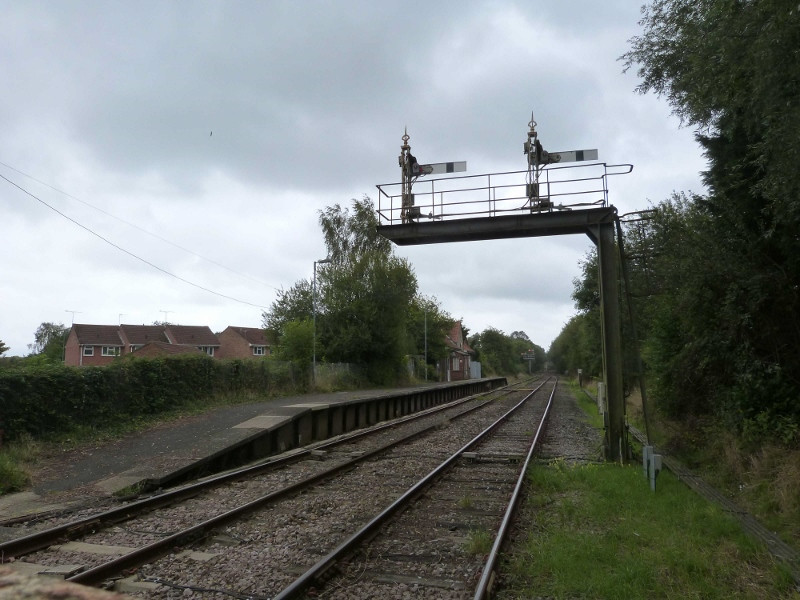 The future of the Waterside Line in the South of England is once again under the spotlight, as freight traffic to Fawley refinery ceases and the Hythe ferry comes under renewed threat of closure. Photo: Marchwood station

The branch links Fawley with Totton on the main line just west of Southampton. Bus services between Southampton and the Waterside communities are subject to chronic road congestion – peak-time journeys of up to an hour between Southampton and Hythe have been reported. The ferry linking Hythe with Southampton is again under threat of closure, as an unreliable service has caused passenger numbers to decline. A rail service between Hythe and Southampton would offer a much shorter journey time to the city centre than either the bus or the ferry.
Deliveries of crude oil by rail to the Fawley oil refinery on Southampton Water finally came to an end in August 2016. There remains occasional freight traffic into Marchwood Military Base, but a question mark now hangs over the rest of the line southwards through Hythe to Fawley. Passenger services along the line were withdrawn in 1966 and there have been periodic calls for their reinstatement, particularly in view of the chronic congestion on the A326, the only road into Southampton.

Perhaps the biggest boost for rail campaigners came in 2009, when the Association of Train Operating Companies published their reopenings report entitled “Connecting Communities”. Appendix One of the report ranks 35 possible new or reopened rail lines across the UK in order of Benefit:Cost Ratio (BCR). The line between Southampton and Hythe appears at the top of the list with the best BCR of 4.8. That means, for every pound spent on reopening the line for passenger services, the benefits add up to £4.80.

In 2011/12, the Atkins consultancy was commissioned by Hampshire County Council to undertake a feasibility assessment into reinstating passenger operations, involving a number of service options. Favourable conclusions from the report prompted the Council to take their assessment to the next level, resulting in the 91-page “Final Report of the Waterside Rail Study” completed by the Halcrow consultancy in June 2013. This second report covered key areas such as timetabling, infrastructure requirements, environmental and social considerations, as well as costs. However, the report was not released by the Council until November 2013, allowing an impossibly short period for feedback from interested parties.

On 21 January 2014, the County Council decided that it would not commit further resources to the Waterside Line project, citing poor value for money. Not surprisingly, local Railfuture activists queried some of the assumptions in this analysis, saying that certain infrastructure work could be unnecessary and passenger numbers had been under-estimated. It did seem strange that, once the Waterside project had been hastily shunted onto the back burner, a sum of money equivalent to the rail reopening cost suddenly became available for a road scheme near Fareham.

In their decision document, the Council promised to look again at the case for reopening if there were significant changes in future funding arrangements for rail projects or changes to local circumstances, for example: an increase in the population or in economic activity. Well, now we hear that there are plans for thousands of new homes in the Waterside area. Also Marchwood Military Port has been placed in private hands and can expect to see rapid expansion of commercial activity. Naturally, as these developments become clearer, Railfuture will be taking the County Council to task by requesting that they re-examine the case for reinstating passenger services. Perhaps it’s time to reconvene the council-led Waterside Community Rail Partnership to drive this forwards.

The seven-mile route from Hythe to the main line at Totton is non-electrified single track in quite good condition, with a passing loop at Marchwood. At present, the line is subject to a 30mph limit; if upgraded to 45 mph running, it would bring the journey time from Southampton to Hythe down to just under 24 minutes. The station at Marchwood is largely intact, but there would need to be a new platform at Hythe and possibly one to serve Hounsdown near Totton. The original station at Fawley is now within the secure perimeter of the refinery, but Hythe (population 19,500) could be developed as a transport hub with onward connections to the neighbouring communities of Dibden Purlieu, Blackfield and Fawley, and with links to local attractions such as Beaulieu House & Motor Museum, Exbury Gardens and Calshot Activity Centre.

An encouraging development is the establishment of a Solent Transport Board, charged with taking a strategic view across the Southampton-Portsmouth conurbation. The Waterside Line is being seen as an essential arm of a “Solent Metro” with frequent rail services across Southampton between, say, Hythe and Fareham.

There’s strong support locally for the reinstatement of passenger services on the Waterside Line, both from residents and politicians. Any negative comments from those living near the line will only grow louder the longer it languishes as a nature reserve. Furthermore, continued neglect is bound to increase the cost of restoring the infrastructure to modern standards.
It’s time to turn back the tide! Please contact wessex at railfuture.org.uk if you can help in any way with the campaign to restore passenger services on the Waterside Line.