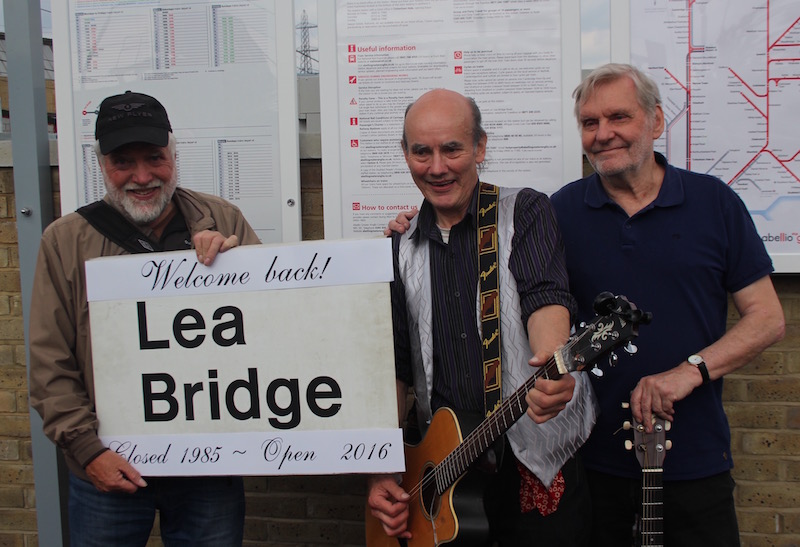 Railfuture campaigner Graham Larkbey and his band Aunt Fortescue's Bluesrockers performing at the reopening of Lea Bridge station on 16 May 2016. Dave Illingworth is pictured left and Simon Brown on the right. The fourth member of the group John Simms was unable to attend
Rail Minister Claire Perry arrived by train from Tottenham, north London, today (16 May 2016) to open Britain’s newest railway station, Lea Bridge.

Campaigners, such as Graham Larkbey, pictured above, have been fighting for 31 years to get the station reopened after it closed in 1985.

There was a party atmosphere as Graham and his band, who performed when the last train train ran in 1985, celebrated the reopening with children from nearby Sybourn primary school who sang along with Graham.

The station allows local people to reach Stratford in just a few minutes by train.

The new station was funded by Walthamstow Council and the Government but will be operated by Abellio Greater Anglia.

"Lea Bridge station will really help open Leyton up for growth," said Chris Robbins, the leader of Waltham Forest council who said 3,000 homes are likely to built nearby.

Officials at the opening ceremony paid tribute to the Chingford Line Users Association which kept the dream of reopening the station alive.

MP Stella Creasey said she became involved in the campaign before the children who attended the ceremony were born.

The reopening came five years after Railfuture stepped in to provide a grant which allowed CLUA to hire Jonathan Roberts Consulting to make the case for the station.

His report also made the case for a third track on the Lea Valley line which will enable the train service frequency at the station to double.

“The initial spark was in 2011 when transport officers in neighbouring Hackney Council, working on London 2012 and its legacy, found that there was £5 million funding available from the developers of Stratford City's Westfield who were keen to expand their rail catchment northwards up the Lea Valley,” said Railfuture director Roger Blake.

The reopening of Lea Bridge station is a particular triumph for Railfuture campaigners. Closed in July 1985 when just an infrequent Stratford-Tottenham Hale shuttle existed, its official reopening in 2016 has marked the culmination of a five-year campaign by Railfuture - and longer by others - who have wanted to refill the gap left in London Borough of Waltham Forest's accessibility by rail.

Alerted to the availability of a developer contribution from Stratford City's Westfield development by transport officers in neighbouring Hackney, Waltham Forest-based rail user group Chingford Line User's Association affiliated to Railfuture to enable them to apply for a grant from its legacy-backed Fighting Fund to commission an independent consultant to report on the case for reopening. With the grant secured, the report from Jonathan Roberts Consulting 'Lea Valley Rail - better access to jobs and homes' identified high levels of multiple deprivation and benefit dependency in the station's catchment area associated with poor accessibility.

Transport for London developed a business case for the station, and Waltham Forest Council secured 'New stations' funding from the Department for Transport as well as contributing itself.

The Railfuture-funded JRC report also developed the STAR (Stratford-Tottenham Hale-Angel Road) project to add capacity into Stratford from the Lea Valley line by adding a third track northwards from Lea Bridge station, particularly to serve new development in London Borough of Enfield at Meridian Water by Angel Road station. Due for the December 2018 timetable, this will double the service frequency for Lea Bridge station to four trains an hour each way, and is expected to generate well over a million station passenger entries and exits by 2031. This will give passengers a choice of eight trains an hour to a London Underground station just five minutes away - south to Stratford and north to Tottenham Hale, both serving the heart of the capital's West End.

Roger Blake, a former Hackney transport officer as well as Railfuture Director, said "Railfuture can be proud of igniting the spark which has led to this reopening campaign proving successful. It is fair to say that without our distinctive contribution - a combination of individual members, an affiliated rail user group, and our Fighting Fund - those developer funds would have been allocated elsewhere and this station would probably still be awaiting its reopening."