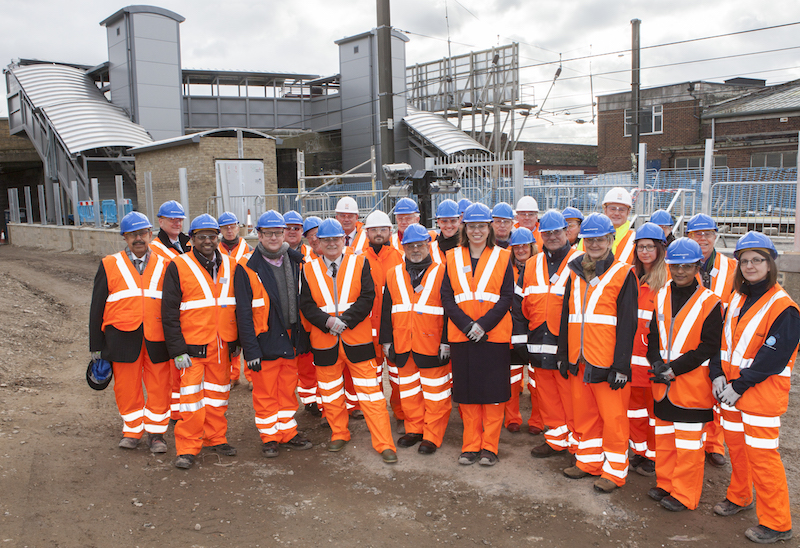 PARTNERS: Chris Robbins, leader of Waltham Forest Council, councillors and other partners, including Railfuture members, who helped in the campaign to reopen the station Picture by Jenna Selby

London’s newest station, Lea Bridge, is set to welcome its first passengers this spring, following a campaign to reopen it led by Waltham Forest Council and supported by Railfuture.

The council owns a number of potential development sites around the station and expects it to act as a catalyst for growth.

The reopening is being funded with a mixture of £5 million in council capital funding, £1.1 million from the Department for Transport’s new stations fund and £5.5 million from developers’ contribution.

This week, Waltham Forest Council leader Chris Robbins and key partners involved in the project visited the station, just a few months before its reopening.

“We are really looking forward to welcoming our first passengers in just a few months,” said Chris Robbins, “especially as the reopening has been our vision for over 15 years.”

“Lea Bridge station will form such an important lynchpin in this part of Waltham Forest, providing existing residents and businesses with a much needed station and stimulating more new homes in the area.”

With its proximity to the Olympic Park, Lea Bridge Road itself will be transformed through the council’s £30 million Mini-Holland programme which will improve cycling and walking routes along one of Waltham Forest’s many polluted and traffic-ridden roads.

A new cycle hub, however, will help commuters who want to cycle to the station before getting on a train to work.

The work is being managed by Network Rail and delivered by VolkerFitzpatrick as the main contractor.

Lea Bridge Station, according to TfL estimates, will serve 352,000 passengers a year by 2031 and services will be run by Abellio Greater Anglia which operates along the Lea Valley and East Anglia.

Last week, pupils from Thorpe Hall Primary School in Walthamstow went to the site after they designed their own hoardings to celebrate the station’s reopening.

They saw their designs in situ and learnt about how the station is being built and what it will mean for Leyton.visited the site to see their artwork on display on the site hoardings