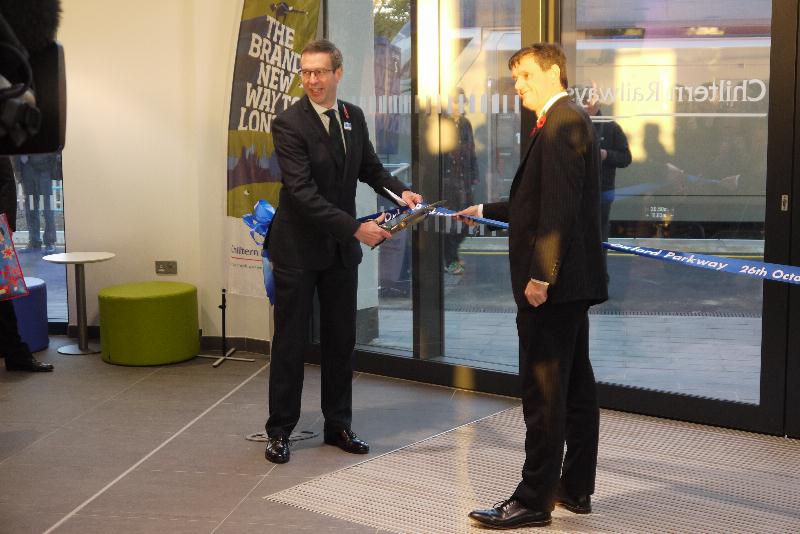 Railfuture members were out in force on Monday to celebrate the official opening of the first new main line between two English cities since 1899, the first new station in Oxfordshire for 70 years, and the first step in reinstating rail services between Oxford and Cambridge.

Following the preview day on Sunday 25th October 2015, the ribbon was cut by Rob Brighouse, MD of Chiltern Railways, just in time for the 07.24, locomotive hauled commuter service to London, a train already dubbed the “world’s most luxurious commuter train” by its users.

Later in the day the link was formally opened by David Cameron, the Prime Minister and a local MP. He noted in his speech how much easier the link would make life for his constituents. He then travelled to London immediately afterwards on a very punctual train.

Railfuture members present welcomed his comments on the Government’s commitment to investment and hope this will extend to linking Oxford to Cambridge as soon as possible by rail.

Everyone involved in this project can feel proud of what has been achieved today. When speaking at the Railfuture Thames Valley branch AGM, Railfuture Vice President and former Chiltern Railways chairman Adrian Shooter had said “I had spotted the opportunity in 1996, its taken quite a long time to bring to fruition”.

An example of what this link means to travellers was found on the first train, where a commuter said the link will save her an hour a day in travelling, so she can spent more time with the family.

Chris Wright, Chairman of the Oxon and Bucks Rail action committee, travelling on the first day said “it is fantastic what has been achieved but this is just the beginning. The real prize is getting to Milton Keynes in 36 minutes and Cambridge in 68 minutes from Oxford Parkway; after 30 years campaigning I urge all parties to get a move on”.

On a serious note among the celebrations, from the first Public Inquiry in Autumn 2011 just getting permission took 3 years, cost £14 million, involved 2 inquiries and a judicial review. The delay has cost the economy millions of pounds in lost output.

One lasting memory of the inquiry, which descended to farce at times, was a key objector reporting to police the death of a bat, possibly caused by being hit by a train, or more likely just died of old age. Thames Valley Police did not wish to become involved, fortunately.

It is clear that lessons have to be learned in managing inquiries and in the planning process, so schemes that can contribute to the growth agenda, deliver jobs and prosperity can proceed. The current system is clearly sub-optimal, and can easily be hi-jacked by well-funded anti-sustainable transport pressure groups.

For more photographs from the day, click on the photo below: 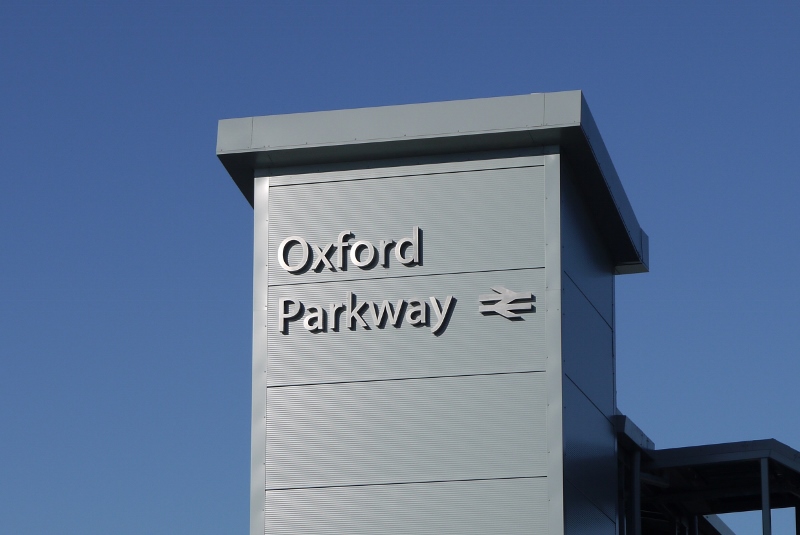