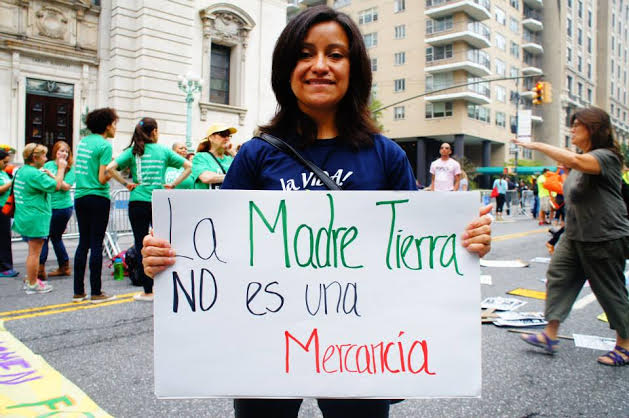 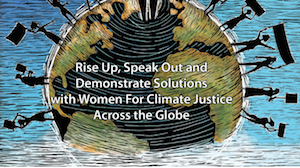 Women have taken to the streets in countries around the world, as well as in New York where campaigners have confronted the United Nations general assembly with the need for action to mitigate climate change .

More than 140 countries have responded and submitted national climate action plans to the United Nations, as general secretary Ban Ki-moon urged the remaining 56 countries to produce their plans as soon as possible.

The national plans will be considered at the end of November when another international conference on climate change will be convened in Paris.

This is an ideal time for rail campaigners around the world to highlight the environmental advantages of rail this autumn.

During Climate Week which ran from 21-28 September 2015, many of the protesters were women who argued that it is often women who suffer the worst effects of pollution and environmental degradation.

They designated Tuesday 29 September 2015 as Global Women's Climate Justice Day of Action, although most of their demonstrations were ignored by the mainstream media.

In New York, 70 events took place in Climate Week but again the mainstream media failed to give proper coverage to the climate change debates at the United Nations.

On Friday 2 October 2015, Grenada’s Foreign Minister Clarice Modeste-Curwen joined other leaders from Latin America and the Caribbean calling for urgent action in the United Nations General Assembly, warning that a framework for climate change “cannot wait”.

Francine Baron, the foreign minister for Dominica, said: “Climate change is a major threat posed to our planet that has a disproportionately high impact on small island developing states. Tropical Storm Erika brought flash flooding and numerous landslides which wiped out 90% of Dominica’s gross domestic product.

Global Rail and Road Action Week starts on Monday 5 October 2015 with Climate Justice Day, which aims to promote public transport as a way to reduce car and lorry emissions.

Workers on the world’s roads and railways will be campaigning for safe, ecological and publicly accountable transport. It is unlikely that the media will give them any publicity unless campaigners devise ways to demand attention.

The international transport unions have designated Thursday 8 October 2015 as rail day. The unions are opposed to the European Union's planned Fourth Railway Package which they say is designed to appease neo-liberal activists and will degrade the quality of rail services for both workers and passengers. More information: etf

“Rail and road workers will unite in a worldwide action week for safe road and rail transport and decent jobs,” said Mac Urata of the ITF.”