Sydney’s new tram line is facing significant cost blowouts. The tram network in Edinburgh failed even more spectacularly. But new English transport projects like the East London Line and Crossrail are coming in to time and to budget.

Why? Because in order to get any funding from the UK government, you need to follow some simple rules that remove the vast majority of project blowout risk. Perhaps it’s time for the rest of the world to adopt HM Treasury’s Green Book.

To explain why, it’s worth considering an example. Along with many cities in the English-speaking world, Sydney closed its tram network in the years after the Second World War. The final line, to the south-eastern beachfront suburb of La Perouse, closed in 1961. At the time, the state of New South Wales had a left-leaning Labor government – but advised by transport planners and by the motorists’ association NMRA, it had joined the consensus that the car was the future of urban transport.

Like many of its peers, Sydney has subsequently tried to revive its light rail system. Its first new light rail line, opened in 1997, followed the example of modern segregated light rail networks like the Docklands Light Railway and Manchester Metrolink, by using the trackbeds of disused heavy rail lines. Following extensions that opened in 2000 and 2014, the 13km line now runs from the city’s main Central heavy rail terminus to a suburban rail interchange station at Dulwich Hill.

The success of the Dulwich Hill line encouraged the NSW government to commit to a new 12km light rail scheme, connecting the major urban transport interchange at Circular Quay to south-eastern suburban centres at Randwick and Kingsford. Much of the southern half of the route, which will interchange with the existing light rail service at Central, follows the same alignment as the old La Perouse line.

There’s just one problem: the cost.

In early November 2014, with initial work on the street-running portion of the line between Central and Circular Quay under way, the government admitted that projected costs for the project had risen by almost 40 per cent, from AU$1.6bn to AU$2.2bn. It blamed the rise on the increased costs of dealing with the cost of moving utilities and managing traffic during construction on the street-running part of the route.

This followed analysis that consultants Evans & Peck had carried out for the NSW government in 2013, which the Sydney Morning Herald published in February 2014, identifying these exact factors as key risk areas. In other words, the government had known for a year that its cost estimates were flawed; and yet, to quote Transport Minister Gladys Berejiklian in February, it doggedly maintained that "all project risks and contingencies are contained within the $1.6 billion project cost”. 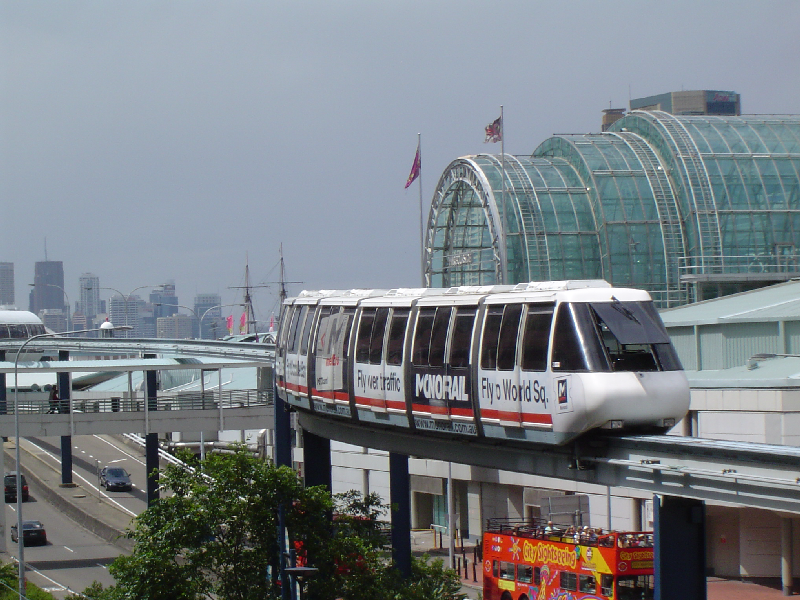 To people watching in England, this must feel like the bad old days of transport projects, with optimistic forecasts and large overruns as a standard feature. Projects like London’s Jubilee Line Extension, the Limehouse road link to connect central London to Canary Wharf, and the Channel Tunnel were all great engineering feats; they were also particularly high-profile examples of budget and deadline blowout.

But more recent projects, like the East London Line Extension and the world’s largest urban rail project, Crossrail, have come in close to time and budget (Crossrail isn’t finished yet, of course, but has met all its milestones and benchmarks, and the House of Commons Public Accounts Committee has called it “a textbook example of how to get things right”). So, what’s the secret?

The answer lies in a short book. Specifically, the UK Treasury’s Green Book, published in 2003. Following the disastrous overspends of the 1980s and 1990s, the Blair government decided that all transport spending needed to be subject to a thorough and detailed review process to ensure the process couldn’t fail in this way again.

The most important aspect of this process is recognising the hidden biases that project promoters and managers have. Professor Bent Flyvbjerg of Oxford University has written multiple studies in this area, highlighting the tendency of project managers across all project types and funding mixes toward optimism. Sometimes this is subconscious, because they want the project to happen; but sometimes, it’s deliberate subterfuge.

At the same time that it was dismantling Sydney’s tram network as unviable, the postwar NSW government followed the second of these approaches for the Sydney Opera House project, publishing deliberately lowballed cost estimates to ensure that the project would go ahead. Flyvbjerg notes that the result was a spectacular cost and budget blow-out: the building was completed 10 years late, at 17 times its expected budget.

The Green Book follows this, noting that “there is a demonstrated, systematic, tendency for project appraisers to be overly optimistic”. It seeks to allow planners to identify these biases, and ensure that they are corrected for at the earliest possible stage of the budgeting process, based on empirical analysis of similar projects.

It's probably significant that Edinburgh's new tram line opened in 2014 at half its planned length and twice its planned budget: funded by the Scottish government, the scheme wasn't required to follow the Green Book appraisal process.

This process has even gained Flyvbjerg’s seal of approval: in a 2009 paper, he highlighted the merits of the schemes “initiated by HM Treasury in order to gain better predictability and control in public budgeting”.

We might hate it when Treasury bureaucrats throw spanners in the works of our favourite schemes – but it’s this rigorous work which means that UK taxpayers don’t face the same disasters that they used to, and that those in Sydney are still stuck with.

Reproduced by kind permission of the author from original article published at CityMetric.