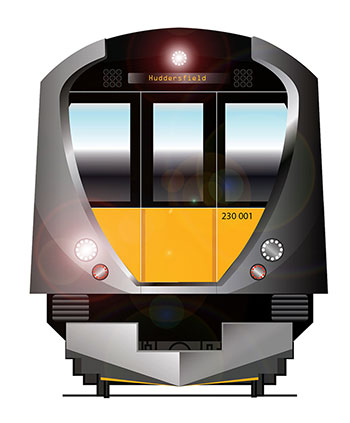 Northern Rail needs new diesel trains to replace Pacers and increase capacity sooner than lines can be electrified, but manufacturers have been unwilling to supply them - until now.

Vivarail are offering a new type of diesel rolling stock for local rail services - the D-Train. The bodyshells and bogies from surplus London Underground District Line D78 trains will be re-engineered with new diesel engines, control equipment and interiors to create 2, 3 or 4-car DMUs with faster acceleration, increased capacity and more comfort than existing Pacers or class 150s.

This should not be dismissed as hanging a couple of Ford Transit engines under London's cast-offs. Even without re-engineering, the D78s have 15 years of design life remaining. The bodyshells, which are rust-free aluminium, will be reinforced. The bogies were replaced when the trains were last refurbished, so are less than 10 years old. The traction motors will be retained, but the control equipment will be replaced by modern electronic equipment. Power will be provided by two modern automotive diesel engines per coach, each mounted with alternator and cooler group in an underslung module. The engines, which comply with EU emissions regulations, will have stop-start technology to minimise fuel consumption. 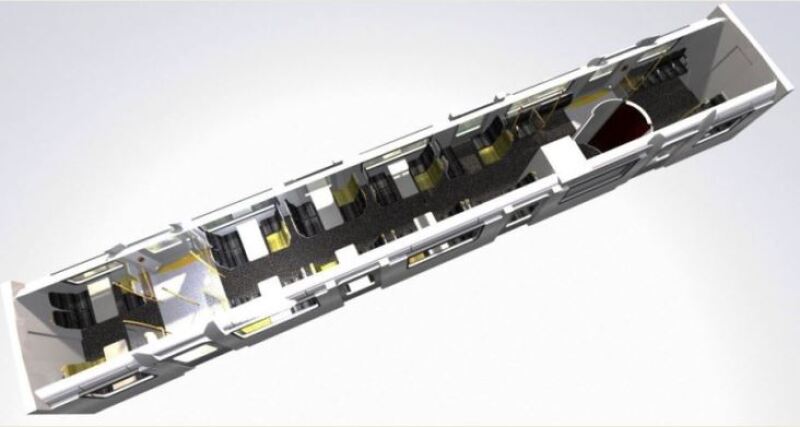 Maximum speed will be 60mph but the higher power installed will give faster acceleration, which has been modelled to show that sectional running times, and therefore journey times for passengers, will be reduced.

Vivarail has demonstrated its commitment by acquiring the D78 stock; up to 85 units of the D-Train could be produced. The company is led by Adrian Shooter (who is also a Railfuture Vice President), giving it the profile it needs within the rail industry.

Bidders for the Northern Rail franchise must take this proposal seriously - it offers them a way of improving their quality score in the franchise competition by providing their passengers a much better journey experience, at low cost.