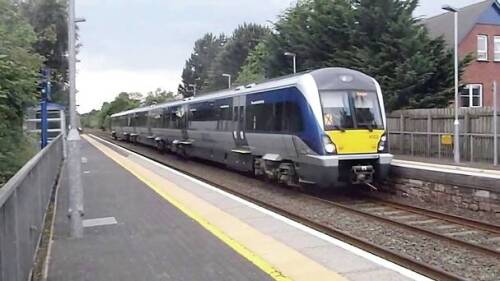 Rail investment plans for Northern Ireland published this week could mean the first new rail lines since the closures of the 1960s will be built in the province, including a link to Belfast International Airport.

Passenger numbers in Northern Ireland have almost doubled since 2002, from 6.7m to 13.2m in 2013. Following a public consultation, the NI Transport Minister Danny Kennedy has published a Railway Investment Prioritisation Strategy, which allows for a significant enhancement of existing rail capacity, preparation for the future electrification of the network and the first major extensions to the railway since the closing of lines following the Benson Report in 1963.

Three priority themes will be pursued in bidding for future railways investment funding up to 2035:
The speed of development will depend on funding from the NI Executive and European programmes.

NI Transport Minister Danny Kennedy said "I am particularly keen to extend the option of rail travel to commuters from mid-Ulster and to the populations in the south and west within the catchments of Armagh and Dungannon. I am committed to exploring all funding opportunities and making this happen."