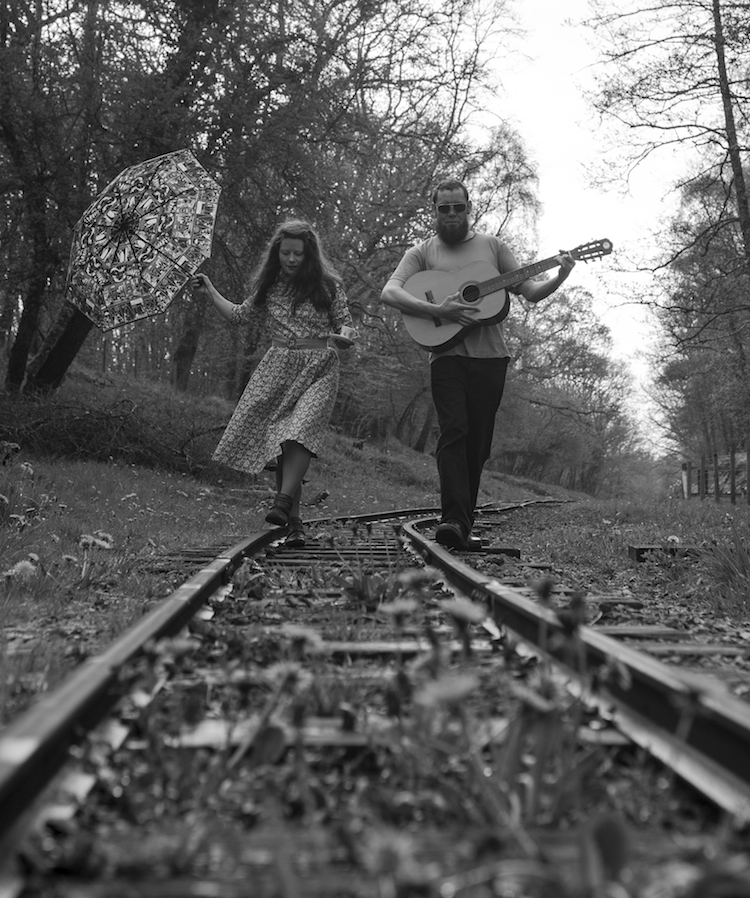 ►► Artists on the Gwili line. Picture by Mark Hayes ◀◀

Artists and singers are backing plans for a Cambrian Express rail link from Carmarthen to Aberystwyth via Lampeter.

Eleven artists hope to sing the 56-mile line back into existence.

They will walk along sections of the old railway line and along the way, dance, sing, film and record to highlight the benefits of the ambitious rail reopening scheme and also to raise money for it in a 60-day campaign.

They plan to create works of art which can reconnect the history of the line with the present day.

Sharing stories and songs along the route, the artists will blog the creation of new work as they go, developing ideas towards the final destination and an event on the Gwili Railway.

The idea came from Joanna Bond, a multidisciplinary artist living and working in New Quay, west Wales, who specialises in ceramics, singing, performance art, and capoeira.

The plan was formed in 2012 while Joanna was travelling back from her honeymoon in Prague by rail.

“I had a strong desire to connect west Wales with south Wales where I grew up and where my parents still live,” she said.

The railway was a key part of rural life until it closed in 1975, and is still remembered with great fondness. Its reinstatement would bring environmental, social and economic benefits.

Joanna Bond and Ruth Hogg will be dancing to routines inspired by the landscape and the railway while Peter Stevenson and Guto Dafis will share evocative and atmospheric stories around imagined and real journeys.

There will be a culminating performance in a vintage railway carriage travelling along part of the old route which is now part of the Gwili Steam Railway, based at Bronwydd Arms, near Carmarthen.

There will also be an exhibition at Bronwydd Arms.

For more information and to donate towards the project, go to Sing the line

If you can donate, you will receive a range of gifts/perks created by the artists. If you can, please spread the word and forward the news via Facebook or Twitter.

Please visit Sing  where you can leave your comment.