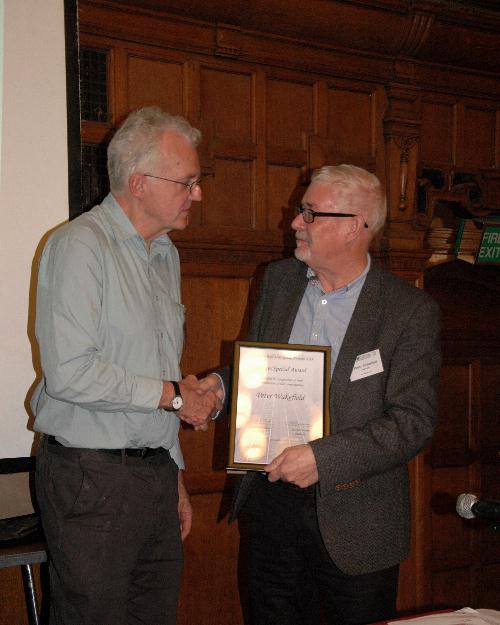 Best Campaigner; the Clara Zilahi Award, in memory of a stalwart East Anglia branch member and national Board Director who died this year:

Peter Wakefield, Chair of East Anglia branch, for his work on the Wisbech campaign - as one of the VPs said, not a RUG as such, more a group of potential rail users in the future, or a virtual RUG.