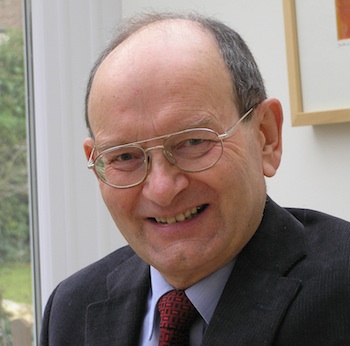 Roger Ford trained as a mechanical engineer with English Electric at Rugby, specialising in prime movers, and on qualification joined the head office of the company’s traction division.

While at English Electric Traction he was seconded to the maintenance division spending time at Finsbury Park and Stratford locomotive depots.

He subsequently pursued a career in industrial publicity management, with British Standards, Chloride and Fairey, before deciding to become a full time writer in 1976 specialising in railways.

He is industry and technology editor of the monthly trade and technical magazine ‘Modern Railways’ where he is probably best known for his authoritative column Informed Sources, now in its 29th year. Informed Sources is noted for its in-depth analysis of railway technical, commercial and policy issues.

In March 1995 he became the founding editor of the fortnightly subscription newsletter Rail Privatisation News, created to provide inside information for financial, legal and commercial organisations taking part in the privatisation of British Rail.

Initially conceived as a short-term project linked to the privatisation programme, the newsletter saw circulation continuing to expand after the 1997 election and in 1998 the title was changed to Rail Business Intelligence to reflect its on-going role.

With the start of privatisation in 1993, Roger Ford also began a parallel career as an independent consultant, with clients including the former Office of Passenger Rail Franchising and a number of leading banks and leasing organisations.

He has also presented technical and commercial papers to a wide range learned societies and industry conferences.

To support his writing activities Roger Ford launched his own website Alycidon Rail Alycidon. This now provides a wide range of online resources including archives, research material and an acronym translator and continues to develop.

The latest initiative linked to Alycidon is the monthly e-Preview newsletter. Over 2000 subscribers now receive a monthly email outlining the contents of the next Informed Sources, updating readers on any developments since the column went to press and concluding with a short blog.

Roger Ford was the Chartered Institute of Transport’s Journalist of the Year in 1993 and received the same award from the Institute of Logistics & Transport in 2003.

He is a chartered member of the Institute of Logistics & Transport and was elected a Companion of the Institution of Railway Signal Engineers for his services to the signalling industry.