Annual inflation pain for rail travellers
Today’s inflation figures show that there’s no end to rail passengers' misery, claim rail campaigners. “Fares continue to outstrip real world price rises” said Bruce Williamson from the independent campaign group Railfuture. “Today’s CPI inflation figure is only 0.6%, but next January’s fares will go up by 1.9% because the government insists on using the higher RPI figure. It seems that  the government is continuing to price people off the railways, reducing revenue and damaging economic growth.  Meanwhile, motorists continue to enjoy a freeze on fuel duty”

The group has produced a chart showing how RPI has harmed passengers’ wallets. 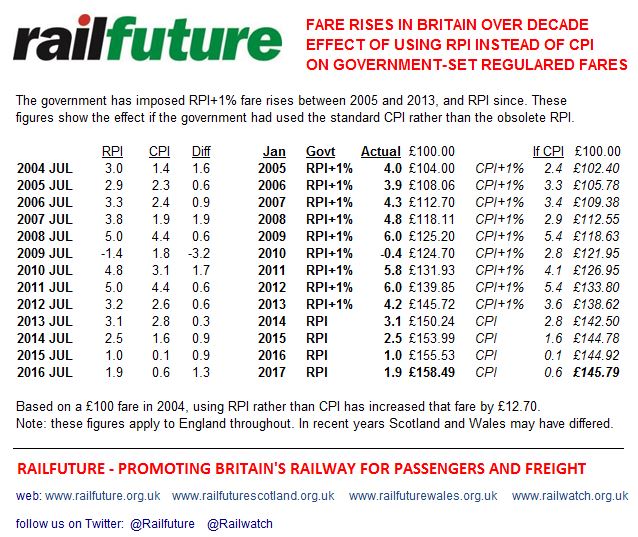 “A £100 ticket in 2004 now costs £155. If the government had used CPI instead or RPI, that would be only £144. If the government hadn’t used the +1% formula, keeping the real price constant, then it would be only £133 – a £22 difference. Despite the Government’s best efforts to deter us from travelling by rail, passenger numbers continue to rise, so we’re being charged more and more for less and less space on the train. Is it any wonder that rail travellers are unhappy?” 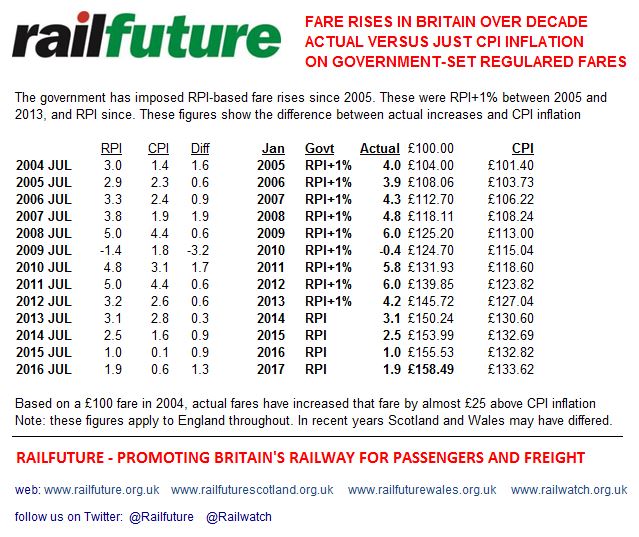 These price rises affect only England. Wales and Scotland are slightly different