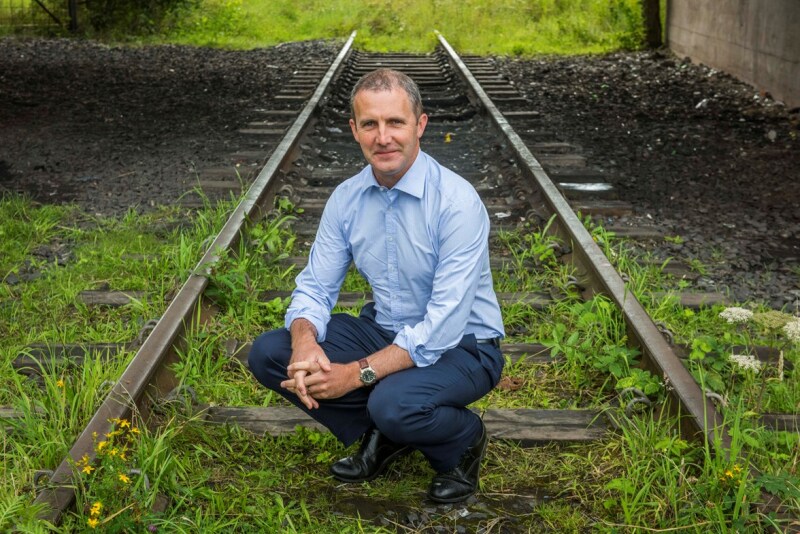 On 8 August 2019 the Scottish Transport Secretary, during his visit to Levenmouth, announced the green light for reopening the rail line to Levenmouth to passenger services, with an estimated cost of £75m. It's great news for this long running saga, which will benefit a deprived area of Fife. Scottish Cabinet Secretary for Transport, Infrastructure and Connectivity Michael Matheson on the mothballed track - photo by Transport Scotland.

Railfuture Scotland is very pleased at the success of its affiliate, the Levenmouth Rail Campaign. The sheer doggedness of the campaigners for over 10 years has to be admired. They made a strong case for the reopening of the five mile mothballed line at Railfuture's conference in 2016 to celebrate the reopening of the Borders Railway.

The project will now go forward to the detailed design phase with initial estimates of construction and preparation costs of around £70 million. Mr Matheson also committed an additional £5 million to a Levenmouth Blueprint fund available to partners to maximise the benefits of the Scottish Government investment in the area.

Levenmouth is an ex-mining area of significant deprivation with a population of 38,000 but little industry. Once re-opened, the railway will support regeneration of the area by enabling residents to travel to Edinburgh for work or education in little over an hour, and give easy access to Kirkcaldy and Dunfermline. Better transport will also make the area more attractive for prospective businesses to set up. 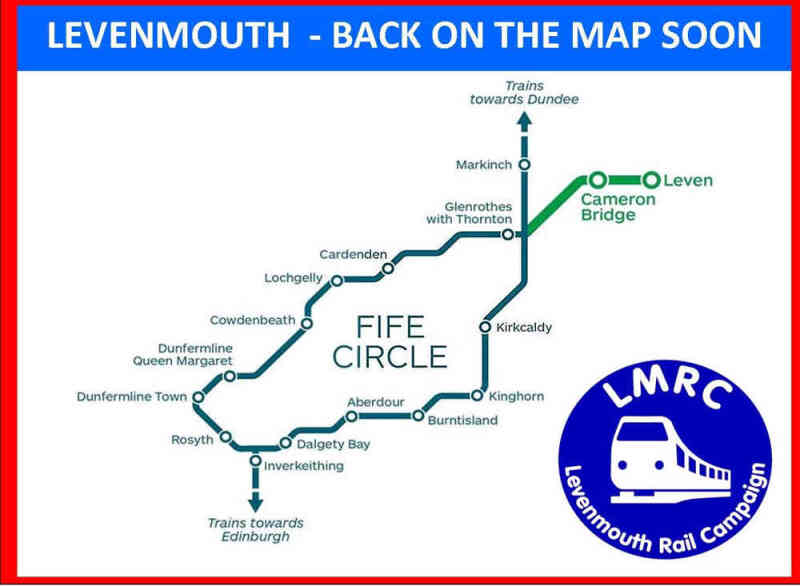 The former line to Leven was closed in 1969, as part of the post-Beeching branch closures by Harold Wilson’s government with Richard Marsh the transport minister who wielded the axe. At a time when branches were seen as expensive and superfluous, Leven found itself at the wrong end of one, following the Beeching closure of the Fife coastal line between it and St Andrews, which also lost its link to the main line that year. However, unlike St Andrews, the track from Thornton Junction has remained in place, being used to carry freight until a few years ago.

The campaign for Leven or Levenmouth as it had become, also including Methil, Methilhill and Buckhaven, sprang into life during the fervid atmosphere of a parliamentary by-election in 2008 and since then doughty campaigners have continued to press the case, refusing to be fobbed off with promises of more/better/faster buses, recognising that for many people buses are just not acceptable. After a feasibility study and then 3 STAG evaluations, prompting one wag to say he now needed a gamekeeper, the Government has finally recognised that rail offers the best opportunity to radically improve the prospects of Levenmouth.

The new terminus will be down near the swimming-pool and renewables centre, the original Leven station site having been used for housing. There will be also be a station at Cameron Bridge, home of Diageo, not far from the settlements of Windygates and Kennoway. It is hoped that the line, costing £75M, will be open in 5 years time.