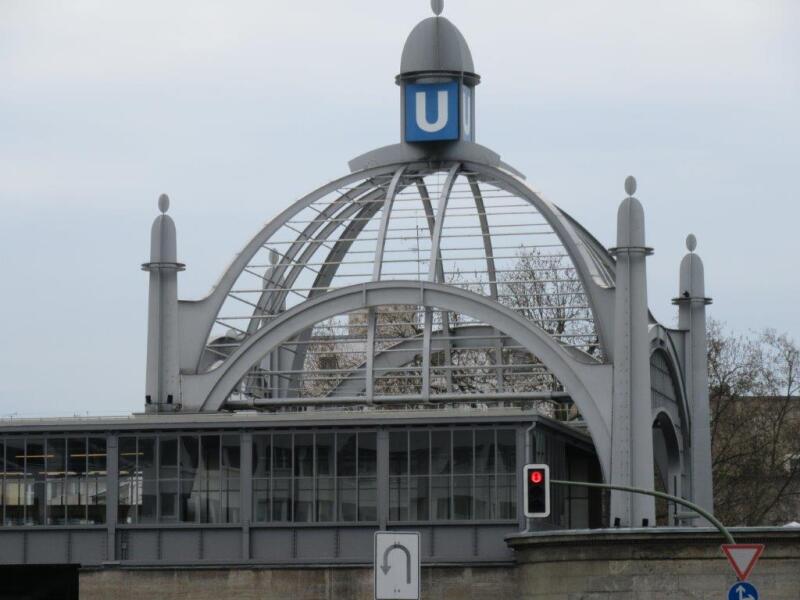 InterRail just got better this year – could it be even better in 2017 to celebrate its 45th anniversary? Photo: U-Bahn station, by Nigel Perkins.

InterRail was launched in 1972 when anyone under the age of 26 could buy one ‘Pass’ and have unlimited travel on the rail network in 21 European countries (except their own) for a period of up to one month. Since then InterRail has expanded and ‘Global Passes’ now can be bought by anyone for unlimited travel in 29 European countries (except their own) and Turkey. There is also a range of similar and cheaper ‘one country’ passes, the most popular being for Germany, Italy and Spain.

There are 2 main types of Global pass. One type offers flexible travel days on 5 days in 15 or 7, 10 or 15 days in one month. The other offers continuous travel for periods of 22 days or one full month.

For 2016, there are 4 different prices for each of the Second Class passes (with First Class passes costing around 65% more):


You still have to pay a supplement to use many of the High Speed Trains (Germany is an exception) and the declining number of night trains. However, if you take a night train departing after 7 pm and arriving the next day after 4 am, you can still travel all through the next day as this only counts as one full day on your pass!

In the past, pass-holders from the UK were entitled to one half-fare return ticket from anywhere in the UK to ‘the frontier’. ‘The frontier’ would normally be one of the ferry ports or one of the 3 UK Eurostar departure stations. Now, from the beginning of this year we are entitled to free out and return travel from anywhere in the UK to ‘the frontier’, provided it can be accomplished in one day and this does not preclude onward travel abroad on the same day.

So now InterRail Global Passes are even better value for money, although you still have to pay for a return ticket on Eurostar or obtain a 30% discount with Stena Line and Irish Ferries, before you can start using your pass. We are not aware of any airlines that give a discount!

I made a trip to Berlin and the island of Rügen in May 2016 using a 5-day Global Pass costing me £184 (senior price). This covered the outward journey, two days travelling around Berlin & Leipzig, the return from Rügen to Berlin and the overnight journey from Berlin to Köln and back to my home in the West Midlands. A day’s travel around Berlin was covered by a local day ticket costing €7.60 and the journey to Rügen by an advance single ticket which was cheaper than a day-equivalent on InterRail. The ride on the Rasender Roland also had to be paid for separately. It is, therefore, worth doing a bit of research to plan the best use of your InterRail ticket. The return journey from Rügen to Berlin, for instance, included trips up no less than four branch lines. Another day’s expedition took us to Leipzig (the Volkerschlachtdenkmal is seriously weird) and Cöthen, which are both places associated with J.S.Bach. The ability to be able to hop on and off trains at your leisure can be very useful! 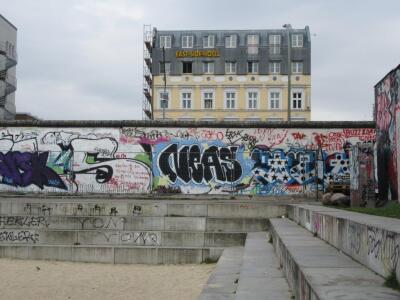 There is a fine line between graffiti and art – it depends on the location. This is the Berlin Wall. Photo by Nigel Perkins.


What this all meant was that travel from my home station to London Euston (London Midland & Virgin Trains) and back was covered by my InterRail ticket as well as the travel between Brussels Midi and Berlin and was counted as one day in each direction. The only additional fare was for Eurostar, although it should be noted that travel on London Underground is NOT included in InterRail. Effectively, therefore, a single journey from the West Midlands to Berlin cost £36.80 plus the Eurostar fare of £36.75. Note that it is not necessary to purchase the Eurostar ‘any Belgian station’ supplement. Not bad! Virgin train crew and the checkers on the ticket gates accepted the tickets without question. I was not checked on the short journeys between New Street and my home station so I don’t know how London Midland might have reacted.

Other trips have taken me to München, Frankfurt, Dresden, the Black Forest, Neuchatel in Switzerland and many smaller places. There is wall-to-wall scenery and any amount of cultural stuff in the way of art, music and architecture.

During your travels it is necessary to fill in the travel diary so that the InterRail people have a record of whose trains you have been riding on. This enables them to apportion the fares between the different operators. After you have returned home you send the completed travel diary to InterRail in Utrecht (by freepost) and they sort this out and also send you a small present.’

Plan your journey carefully – an InterRail pass is not necessarily the best solution for all circumstances. For example, Don’s journey to Berlin cost £73.55 single, when a flight from Birmingham to Berlin can be bought for as little as £61 return – but it made sense for Don because he enjoyed the journey by train. For touring in one country, local fares, the slow regional/non-tariff long-distance fares or the equivalent of rover tickets may be cheaper - Don used a local day ticket to travel around Berlin, because that was cheaper than using one of his InterRail days. Using slow trains to avoid the supplements may need extra days of travel.

InterRail tickets are issued under the General Conditions of Carriage for Rail Passengers and, as far as we can ascertain, passengers using a Global pass are entitled to the same benefits if trains are delayed or cancelled. If your train is subject to delay and you are likely to miss a connection, you must ask the train crew to endorse your ticket, with an official stamp, and this will enable you to complete your journey on the next available train(s) – otherwise you may use another InterRail day.