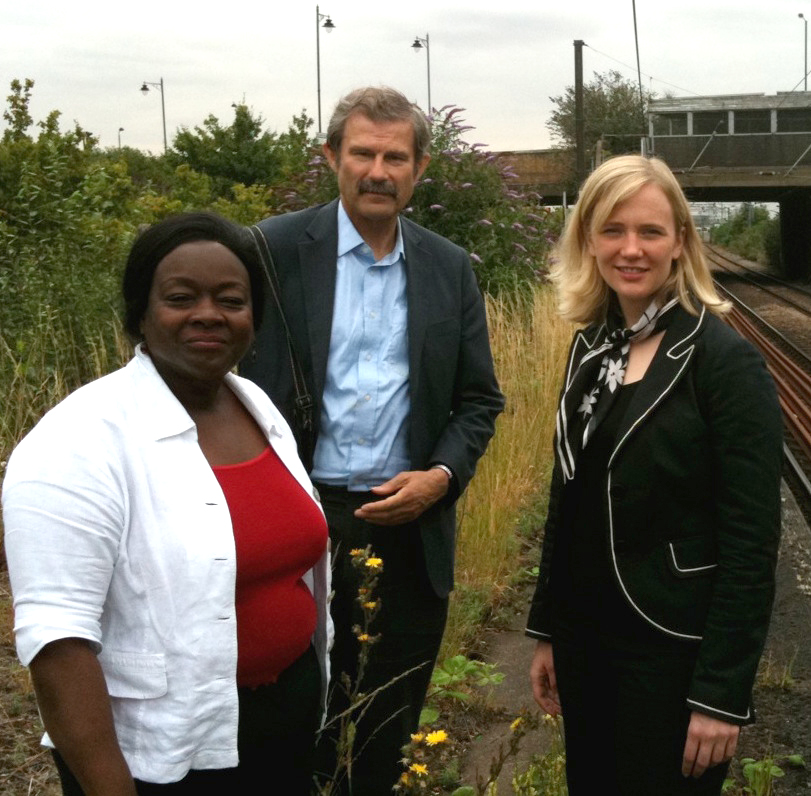 London Assembly member Jennette Arnold, left, Chingford Line Users Association chairman Peter Woodrow, and Walthamstow MP Stella Creasy at Lea Bridge station in 2010, before work started on the station. They were influential in the campaign to get the station reopened Picture by David Shepherd

Work is now under way in Leyton, east London, to reinstate Lea Bridge station, after a 30-year campaign by Railfuture and local rail passengers.

Lea Bridge station will reopen next spring with regular passenger trains between Stratford and Tottenham Hale. It will help workers gain access to the three industrial estates nearby and will be the key to unlocking economic growth in the area, providing rail connections to Stansted Airport and Cambridge.

It is hoped that a restored train service will bring an influx of people and promote regeneration in an area of deprivation.

It will take only five minutes by train to get to Stratford, which has been a development hotspot since the Olympic Games in 2012 and the opening of Westfield shopping centre. Equivalent bus journeys can take 40 minutes.

The station reopening has been funded by Waltham Forest Council, a £5.5 million “section 106 money” from the Olympic Games, plus a £1.1 million contribution from the Government.

“For years we have been committed to this project and it will form the centrepiece of plans to create a new Leyton village, spurring even more regeneration and change.”

A new cycle superhighway will run past the station next year and there will be cycle storage for anyone arriving at the station by bike.

Transport for London estimates the two-platform station will attract 350,000 passengers a year by 2031.

Chingford Line Rail Users Association says the Lea Bridge reopening could be a step towards better rail services for Chingford. They are campaigning for the reopening of the Hall Farm Curve, which would allow Stratford and Lea Bridge to be rail-linked to Chingford.

Railfuture and the Chingford group commissioned a 2012 report showing the potential for improvements to rail services in the Lea Valley. For more information and to download the report: CLUA