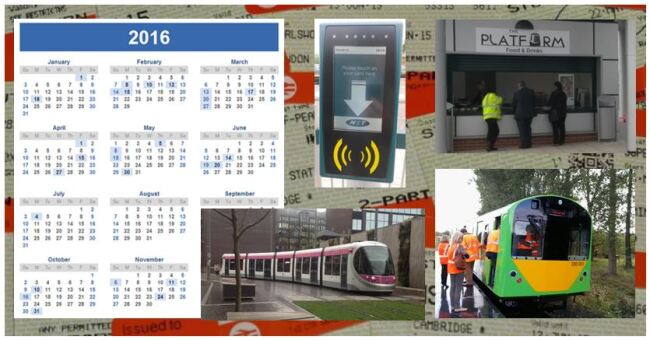 Railfuture looks forward to a lot of rail schemes coming to fruition in 2016 along with progress on longer-term schemes such as CrossRail, Thameslink and electrification. However, it’s important not to forget about the small things that improves the passenger experience. Railfuture has a wish list for those items too.
There’s no doubt that Britain’s railway and light rail systems are in better shape than 20 years ago (even if they are, unfortunately, a bit more expensive to use). The last decade has seen some projects delivered that many doubted would ever happen. In 2015 passengers benefited from expansion of both the heavy and light rail networks. These included the reopening of the Borders Railway and major extension of the Nottingham Tram system. December 2015 saw a Nine-Day Rail Surge of six schemes coming to fruition.

Railfuture’s Director of Policy Ian Brown CBE has produced his Top Ten lists for 2016.
We are looking forward in 2016 to:

And, so he doesn’t have to make it a News Year’s wish for 2017, he hopes that after more than a decade of above (CPI) inflation fare increases that the governments announce train fares (including season tickets), will be reduced by 1% in real terms over each the next five years.

Railfuture has tweeted all of the above on its Twitter Accounts plus some additional wishes for 2016:

There’s one Railfuture wish that YOU can make come true.