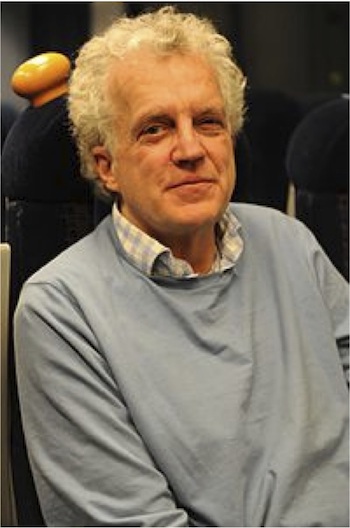 Christian Wolmar is an award-winning writer and broadcaster specialising in transport and is the author of a series of books on railway history. He is a frequent speaker at conferences and railway events, and regularly appears on TV and radio. In 2011 was the captain of the Warwick team of graduates in Christmas University Challenge, which reached the final of the competition.

He has spent nearly all of his working life as a journalist, and his interest in transport began at 'The Independent' when he was appointed transport correspondent in 1992.

Although he mainly concentrates on transport matters, he has covered many other social policy issues and has written on a wide range of subjects ranging from cricket to the private finance initiative.

After graduating from Warwick University in 1971, Christian worked on various publications including the Retail Newsagent, Marketing and the Hampstead and Highgate Express. He later moved to the New Statesman and the London Daily News and spent a year working for Camden council editing its magazine.

Christian now divides his time between journalism and writing books. He writes regularly for a wide variety of publications including newspapers such as The Times and The Guardian – he has written for every national newspaper except the Star – and numerous magazines, such as The Oldie and Public Finance.

He has had a fortnightly column in RAIL since 1994 and has regular features in Surveyor and TSSA Journal. All his material since around 2000 – almost 1,000 articles – is available on the website.

Christian is acknowledged as one of the UK’s leading commentators on transport matters. He broadcasts frequently on radio and TV and is a regular pundit on the national news bulletins of terrestrial channels and Sky, as well as having appeared on virtually every radio news programme from World at One and the World Tonight to Radio One’s NewsBeat and LBC.

Among his TV appearances, he has featured on Coast, Julia Bradbury’s Railway Walks and the railway programmes presented by Ian Hislop and Michael Portillo.

On radio, he has frequently appeared on Today as well as other news programmes such World at One and World Tonight and has the bizarre distinction of having being only person to have appeared as a guest twice on the same edition of the Radio 4 PM programme, first as part of a pre-recorded piece on the book he had written about abuse in children’s and later reporting live on a railway matter.

He has also appeared on a wide range of feature programmes and has made several radio documentaries, including a Radio 4 special on the Broadwater Farm estate in Tottenham, 20 years after the riot.

Christian undertakes consultancy and advisory work for organisations seeking to understand the workings of the rail industry. Christian both speaks frequently at conferences and seminars, as well as chairing them.

He frequently gives talks regularly to railway societies and is also available for after dinner speaking on his favourite topics, the London Underground and the railways. He has PowerPoint presentations on all his history books.

He speaks regularly at conferences in Europe and has twice travelled to Australia to address conferences. He is a member of the board of London Cycling Campaign with a special interest in intermodal transport and uses his bicycle as his principal means of transport around London.

His books include Stagecoach (1999), an account of the firm which rose from nothing to the FTSE 100 in 20 years, The Great British Railway Disaster (1997), a humorous series of anecdotes about rail privatisation, and On the Wrong Line, which is the definitive story of rail privatisation first published as Broken Rails in October 2001 and updated in 2005.

He has written two books on the London Underground, Down the Tube, an account of the Public Private Partnership, published in 2002 and The Subterranean Railway, published in 2004 and still available in paperback, which has been widely acclaimed by the critics (see the reviews elsewhere on this website).

His history of Britain’s Railways, Fire and Steam, was also widely praised and in 2009 he published Blood, Iron and Gold, how railways transformed the world, which has also been published in the US by Profile and in Italy. His book on the role of railways in war, Engines of War as published in September 2010 and his latest book, a history of American railroads will be available in May 2012.

He also wrote Forgotten Children, a ground-breaking study of children’s homes scandals of the 1970s and 1980s and several books aimed at schoolchildren.

He is a keen cricketer (see articles from The Oldie on this site), plays tennis regularly and has become an enthusiastic but slow runner, taking part in half marathons and 10k races.

Christian has been on the board of trustees of the Railway Children since its creation in 1995, a charity that helps homeless and destitute children at stations home and abroad.