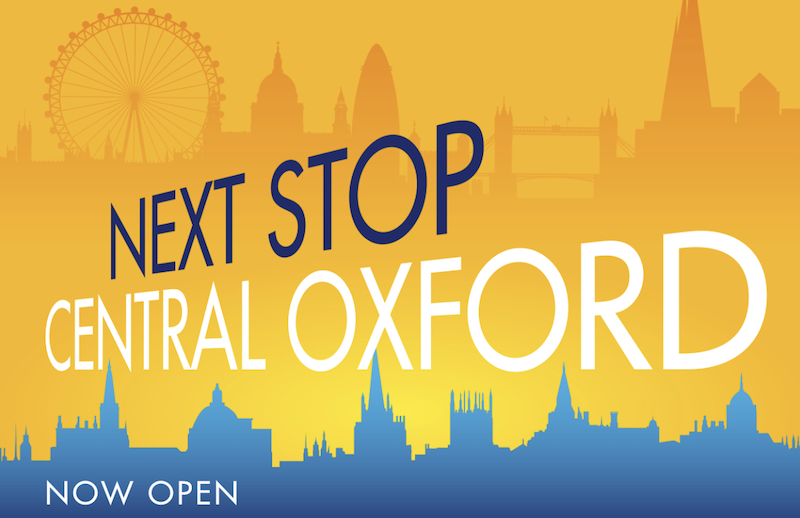 A new rail service was in full operation today (Monday 12 December 2016) between London Marylebone and Oxford.

It marks a triumph for Chiltern Railways, the most successful and well-respected of Britain’s rail operators, and comes more than a year after the opening of Oxford Parkway station, a staging post to reaching the main Oxford station this week.

If the Government keeps to its promises, the new service will also lead to the creation of an even more ambitious link, East West Rail, which will allow people to travel by rail from Oxford to Bletchley and Bedford and later to Cambridge and Ipswich.

Chiltern’s new link to Oxford is a mark of its ambition and enterprise in the teeth of determined opposition from some quarters.

The new train service which started on Sunday goes via Bicester Village, one of the major attractions for foreign tourists in Britain.

The £320 million Evergreen project enables Chiltern to run two trains an hour to London and to compete with the existing Great Western train service to Oxford from London Paddington.

The project was a joint venture between Chiltern Railways and Network Rail. Chiltern put £130 million towards the final cost, with Network Rail adding £190 million.

Oxford City Council leader Bob Price said: ”Potentially it is very good for our tourist numbers because it will encourage people who go to Bicester Village to make an extra journey into Oxford.”

Throughout Britain, people and their elected representatives are battling to get new and improved rail services.

Rail Action Group, East of Scotland (RAGES) was delighted today after two new services were introduced for Dunbar and Berwick after a series of meetings with Virgin Trains East Coast.