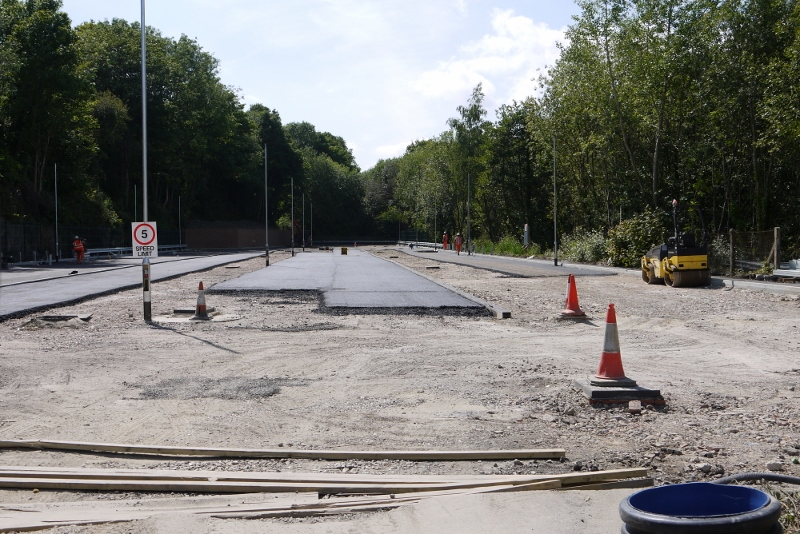 The first small steps in our programme to develop the Wealden Line from a sleepy Uckfield branch into a second main line to the Sussex Coast are underway.

Surfacing of the new Uckfield station car park is in progress. When it opens shortly, it will provide over 170 safe parking spaces for rail travellers, freeing up the town centre car parks and so encouraging people both to visit the town and to use the station to travel to London. The trees to the right of the photograph are growing on the site of the original station platforms and tracks - space has been protected for the tracks and station to be reinstated.

One of the conditions of their management contract is that Southern will procure additional diesel units for the Uckfield line so that 10-car trains can run in peak hours. This was originally intended to create additional capacity between Croydon and London Bridge, but growth in the number of passengers (to which the new car park is likely to add) has been such that they are now needed urgently for passengers using the Uckfield line iteself. Southern has procured the diesels (previously used by ScotRail) and had hoped to bring 8-car trains into service on the line this month, but the amount of work required to refurbish them and make them compatible with existing stock means that longer trains will not now be possible until next year.

Network Rail has now published its plans for lengthening the platforms so that 10-car trains can run. Work will start next month, and the stations will be completed on a staggered basis between March and July 2016, in time to meet Southern's contract commitment to run 10-car trains by December 2016. The bad news is that you can't make an omelette without breaking eggs, the broken eggs in this case being closure of the line between morning and evening peaks for a number of weeks (and Buxted and Uckfield all day for several weeks). However, when 10-car trains are running, it will be interesting to see how much latent demand is released to fill them up.

The July budget statement announced that 'The government will extend the scope of the Lewes-Uckfield study to look at improving rail links between London and the south coast, including upgrades to existing routes, consideration of the Brighton Main Line corridor, and re‑examination of the DfT’s feasibility study on BML2.' Railfuture welcome widening the scope of the study (but note that the funding has not been increased to match) - this should allow the study to consider all the possible benefits that can accrue from reopening Uckfield - Lewes, both immediately and as part of a longer term development. We are working with local stakeholders to influence the terms of reference for the study, as reported in our Budget 2015 Uckfield win article, so that it focuses on identifying the benefits which will have a positive business case, rather than on a specific solution.

Small steps indeed, but our approach of incremental development for the Wealden Line is making progress!