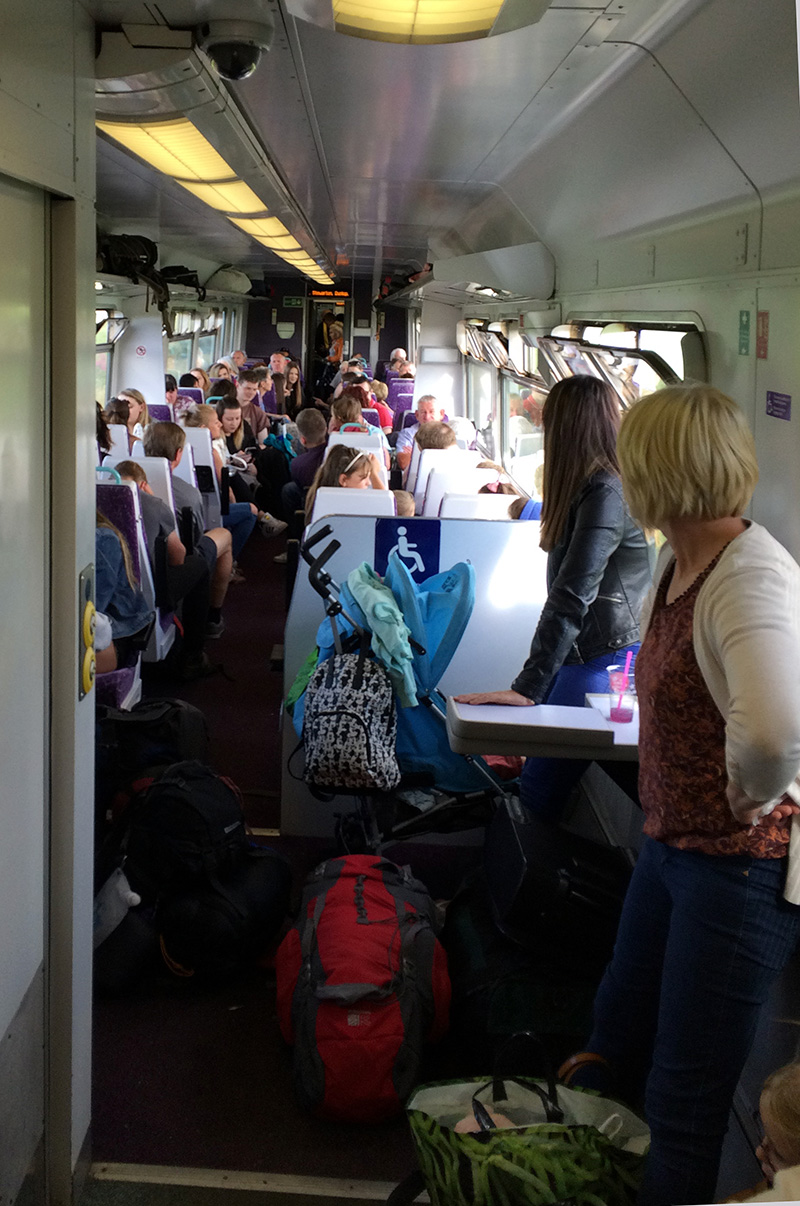 A personal view from Railfuture vice-president Peter Rayner.Photo: A crowded train at Gretna Green in August 2016.

Railfuture vice-president Peter Rayner is calling for a compromise in the current disputes over the future role of train guards and drivers.

He points out that the train companies’ plans discriminate against disabled travellers and the growing number of older people who rely on trains to keep them mobile.

Of course the problems that affect elderly and disabled passengers also apply to younger people travelling with luggage, children, prams and buggies.

He says it is ironic that, under the "Access for All" initiative endorsed by successive governments, large sums of money have been spent making stations and trains accessible.

That money will be wasted because of train companies’ policy of leaving stations without staff – to save money.

The concept of running a railway by relying on electronic technology and disembodied voices, is hostile to old and vulnerable people.

Peter Rayner is a former British Rail senior operating manager and is now chairman of the Accessibility and Inclusion Forum of the Chartered Institute of Logistics and Transport.

He argues that in today’s circumstances driver-only operation of trains ignores customer needs.

He said: “I was among the first generation of railway managers to consider driver-only operation. We thought about it, and indeed everything else, in terms of safe operation.

“We developed the concept of DOO for empty trains, freight trains, and indeed any train that did not have passengers on it, and looked for technical ways to protect it in the event of delay or derailment. So guards became less and less a feature in a pure railway operating sense.

“When we finally started to introduce DOO on passenger trains, we again saw safety and the operating difficulties almost entirely in terms of on-track avoidance of collision. We did not see it in terms of passenger assistance.

“That was flawed thinking and I now strongly believe that our approach was misguided, having been influenced by the work that I do now for the National Pensioners Convention and AGE Platform on older people’s mobility; also by my chairmanship of the Accessibility and Inclusion Forum of the CILT.

“However, I did have concerns earlier and recorded my doubts in my book On and Off the Rails, published almost 20 years ago. I wrote that by the year 2000 I believed DOO would come to be seen as a mistake.”

Peter had warned of danger in the event of accidents, nervous breakdowns or heart attacks involving the driver, and the more common risk of vandalism and unruly behaviour on trains. He predicted that we would need to return to adequately staffed trains and stations.

Peter acknowledges that he got it wrong in his emphasis on breakdowns and stress-related illnesses and says that the question is less now about pressure on staff but simply and sensibly in terms of the passenger.

He added: “I believe a particularly key issue now is the question of who is going to look after vulnerable people in a world of unstaffed stations. That person (and I do not give a damn what he or she is called) should be competent, trained, have contact with the train driver, be present on all trains going to any unstaffed station, and get out on to the platform each time the train stops.

“Who opens and shuts the doors is also not important.  When the closure procedure happens is important, not who presses the button.”

He accepts that some of the fault lies with the managers of his generation (“We were predominately a male organisation at the time, which was perhaps part of the trouble”).

The mistake was in pursuing cost savings without considering the wider issues. It was the time before the Equality Acts and the introduction of many other sensible provisions affecting disabled and older people.

He added: “My present stance to defend the presence of guards (or "on-train competent people") for the customer is really because I have seen the foolishness of our “savings at any price” approach.

“Former colleagues of mine are saying: ‘But we have had DOO for years.’

“Yes, but we used to hang people. It does not make it right.”

After the first rush of introducing driver-only operation – predominately in situations where trains stopped frequently and all stations were staffed – the pace slowed, and for many years I believed that beyond the conurbations and their intensively used services DOO was unlikely to become an issue.

Now for the first time in years managers and politicians are pursuing a policy that calls for more and more DOO. The practice had its resurrection in Sir Roy McNulty’s 2011 “Value for Money” report, which said DOO is “a safe method of operation and improves performance”.

McNulty also said DOO should be “the default position ... with a second member of train crew only being provided where there is a commercial, technical or other imperative”.

Peter commented: “Well, I believe the needs of older and disabled people on trains, and getting on and off trains, to be exactly such an imperative, otherwise they are discriminated against.”

Research, including that by Passenger Focus, has shown that the thing older and disabled people value most is the presence of uniformed staff.

Peter added: “It seems no one in government or railway management is prepared to accept McNulty got it wrong. It is beginning to look as if the driving force is politics and a desire to face down the trade unions’ influence that has existed within the railway for years – and mostly as a force for good. It saddens me that trade unions are often seen as the enemy within rather than as constructive partners.

“Compromise is not a dirty word and the ability to meet in the middle seems to have been lost. And lost, I fear, in many industries, not just the railway, because in Britain we have forgotten how to manage.”