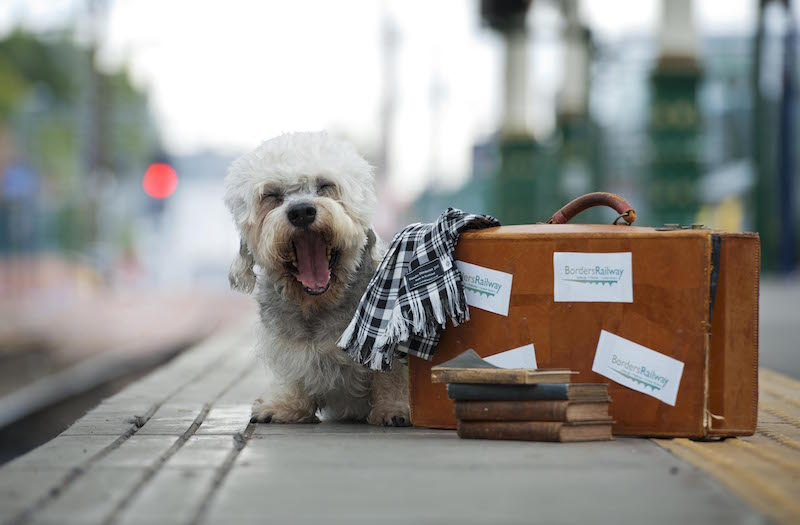 Edgar the Dandie Dinmont at Waverley
A Terrier was taken for an historic walk to Edinburgh Waverley station this week to herald the reopening of the Borders Railway.

The railway will come back to life on Saturday 5 September 2015 for specially invited “Golden Ticket” guests. Public service begins the day after, on Sunday 6 September.

VisitScotland hopes the scenic attractions of the line will make it a success with tourists, taking them deep into the heart of the landscapes Sir Walter Scott wrote about in his famous novels and poems.

Edgar, a Dandie Dinmont Terrier, was named after Dandie Dinmont, a Borders farmer in Scott’s Waverley novel Guy Mannering. The novel, published 200 years ago, led to a craze for the Dandie dogs, which Scott himself owned.

Scott, born in 1771, was a poet, novelist, ballad-collector, critic and man of letters, but is renowned as the founder of the historical novel genre with its tales of gallantry, romance and chivalry.

Beginning with the publication of Waverley in 1814, his anonymously published Waverley novels proved hugely popular in Europe and America.

Rail passengers will soon be able to follow in his footsteps, starting in Edinburgh with the Scott Monument and the Writers’ Museum, before taking the Borders Railway through the landscapes that inspired his writing.

The 30-mile rail link is being re-established from Edinburgh to Tweedbank, part of the 98-mile Edinburgh-Carlisle Waverley route which closed in 1969.

At the end of the journey is Abbotsford, near Tweedbank, where a new award-winning visitor centre tells Scott’s remarkable story.

Dog lover Paul Keevil said “It is a very special year for the Dandie Dinmont Terrier in the Borders. We have the honour of supporting the countdown to the Borders Railway.  We hope many people will discover the wonderful landscape and history of the Borders and who knows, perhaps discover another of Scotland's hidden treasures – the Dandie Dinmont.”

The Queen will officially open the railway with a special steam train trip on the day she becomes Britain’s longest-serving monarch, Wednesday 9 September.