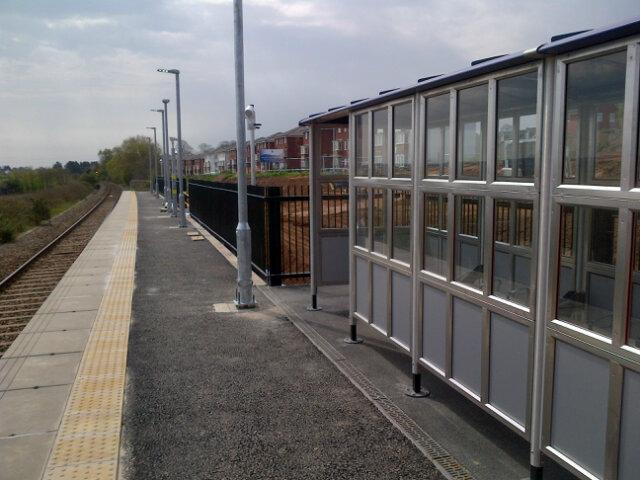 In the next few months a new railway station is due to open at Newcourt (see picture), on the outskirts of Exeter, giving that city nine stations. It will also be the first station to open in the whole South West Region, excluding those on heritage railways, for nearly 18 years. In the meantime, many stations in other UK Regions have reopened, so it begs the question of why there has been so little progress to date in the West.

There has been progress in recent years with projects to increase track capacity. Redoubling between Kemble and Swindon was completed in August 2014, removing a bottleneck on Gloucestershire’s main line to London. Work is imminent to restore four tracks on Filton Bank, a very congested rail artery through North Bristol. Quadrupling will allow segregation of faster and slower trains, essential for the expansion of Bristol’s rail network under the Metro West scheme. Work to electrify the Great Western main lines from London to Bristol and Swansea is in progress, with the wires due to reach Bristol Parkway in 2016 and Temple Meads in 2017.

This process of catching up with other Regions in terms of rail capacity is a belated reaction by Central and local Government to the dramatic growth in usage of the West’s rail network over the past 15-20 years. Figures from the Office of Rail Regulation show that recorded passenger journeys, based on ticket sales, for the 12 stations in Bristol grew from 4.1 million journeys in 1997/98 to 11 million in 2013/14. The four stations in Bath & North East Somerset registered an increase from 2.9 to 6.6 million over the same period. Annual journeys from stations in Gloucestershire, Somerset and Wiltshire more than doubled in that timescale.

One result of this growth has been overcrowding, particularly at peak times on Bristol suburban routes and on the Cardiff - Portsmouth service. The upward trend in passenger numbers was already evident in 2006, when perversely the Department for Transport reduced the train fleet allocated to the Great Western train franchise. As recently as 2009 the Treasury cancelled an order for 200 new diesel train vehicles on the dubious assumption that electrification would render them unnecessary.

It is true that electrification will allow comfortable Turbo diesel trains currently used in the London and Reading areas to transfer to the West of England. They will be a most welcome replacement for trains designed in the 1980s with little regard for passenger comfort but these transfers will not be sufficient to accommodate growth. The problem is that the construction of new trains has not kept pace with demand, partly because some rail franchises appear to have been set up on the basis of no increase in passengers. There was even a period in the 1990s when train building in Britain ceased altogether.

A route which sorely needs longer and more frequent trains is Cardiff - Portsmouth. It links seven cities including Bristol, Bath and Salisbury as well as major interchanges such as Westbury. Three-car trains were reinstated on the hourly service in 2008 but crowding still occurs. As well as longer trains for commuters, there is a need for some faster trains with First Class accommodation to attract business travellers.

One consequence of the national shortage of rolling stock has been the deployment of unsuitable trains on long regional routes. Bristol - Weymouth needs better and more frequent trains to meet needs such as commuting into Yeovil. Two-car trains have often been hopelessly inadequate for the number of people wanting to travel to Weymouth on a fine day. The good news is that on summer Saturdays First Great Western has provided an eight-coach High Speed Train between Bristol and Weymouth.

The causes of overcrowding can be traced to failure of Government bodies to recognise travel trends, the loss of train building capacity in Britain, the rolling stock leasing system, the scrapping of perfectly good locomotive hauled stock because train operators preferred multiple units and of course, growing road congestion. Let us hope that MPs of all parties, business and Council leaders across the South West will speak with one voice to ensure we do not remain the forgotten Region in terms of rail transport.