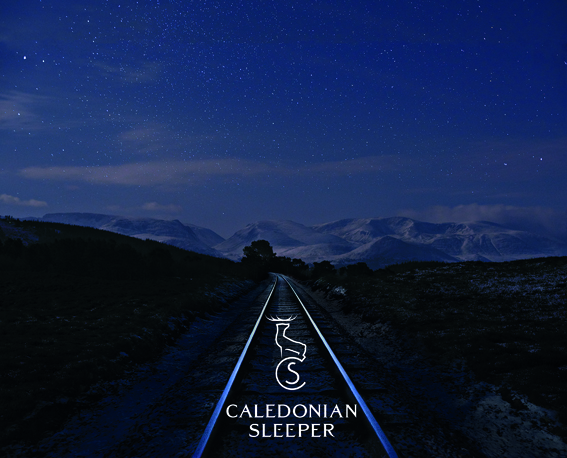 A new website for the Anglo-Scottish sleeper train service is being launched today (26 January 2015) which allows passengers to book their tickets 12 months in advance.

The sleeper.scot website opens for booking from today for trips from 1 April 2015 when Serco’s new 15-year franchise starts.

ScotRail, which has run the sleeper service since 2004, will continue to run the sleeper trains until then and bookings for travel up to 31 March 2015 are being taken as normal at ScotRail.co.uk/sleeper

From 1 April, the service will have a new White Stag logo, pictured above.

The new franchise operator plans marketing and “hospitality” changes and more facilities at stations for passengers.

Edinburgh-based interior designer Ian Smith is working on the interiors of new trains to be introduced in 2018.

“We believe the new brand will help us attract new customers from Britain and abroad,” said Peter Strachan of Serco. “It will provide a great alternative to other rail options and flying.

“After a relaxing night on board, sleeping while on the move, our guests will arrive at their destination first thing in the morning refreshed and ready to go.”

Over £100 million is being invested in the new trains, partly funded by a £60 million capital grant from the Scottish Government. They will be built in Spain by CAF.

Scottish transport minister Derek Mackay said he hoped the sleeper trains would boost tourism and business travel. Currently around 270,000 journeys are made on the sleeper service in a year.