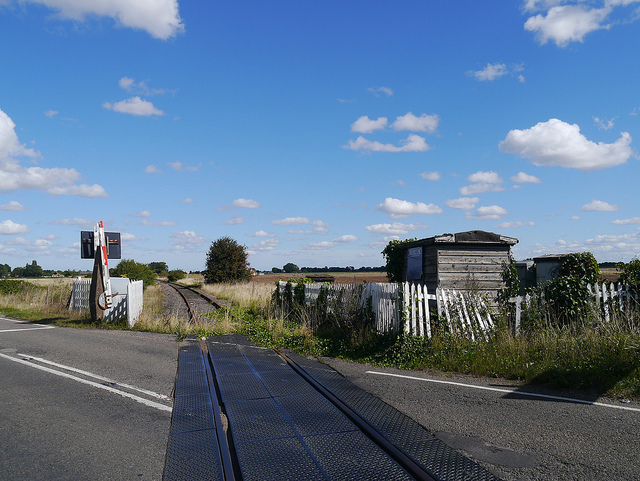 The Government has funded the all important engineering study for the re-opening of the mothballed Wisbech to March line. The railway looks almost ready to use in this photograph, but this study will establish how much work is required to bring it back into passenger use.

Previously the cost of the study has been given as £250,000. This funding follows the previously published very positive business case compiled by Mott McDonald.

The government grant announced on Monday 7th July, to be administered by the Greater Cambridge Greater Peterborough Local Enterprise Partnership, is for £1m and is also for the engineering study for the dualling of the A47 trunk road between Wisbech and Guyhirn. This is important to the railway project as it has been stated that the A47 Wisbech Bypass level crossing will have to be abolished and grade separated by a bridge either over or under the railway. It seems some thought has been given to solving the conundrum of which project would hold the other up!

Railfuture thanks everybody who has got this project so far so quickly - this includes the excellent campaign by the local MP Steve Barclay and the District & County Council members and officials. We must keep the pressure up to the successful conclusion....but a good day for Wisbech today.