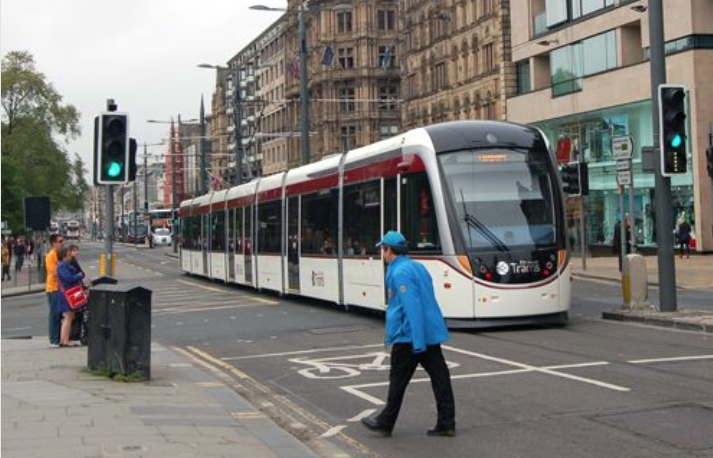 A tram pictured in Edinburgh on 6 June 2014. Picture: Transport for Edinburgh

Less than a week after Edinburgh’s trams started running regular services, Scottish First Minister Alex Salmond announced an inquiry into why the project was years late and millions of pounds over budget.

Mr Salmond announced the judge-led inquiry on 5 June 2014, just days after trams began running between Edinburgh airport and the city centre on 31 May 2014.

He said: “I am sure everyone in Edinburgh and all over Scotland will be delighted to see the Edinburgh trams are fully operational and carrying passengers.

“We cannot, however, lose sight of the considerable public concern about the project and the disruption it caused to households and businesses in Edinburgh.”

The tram project has cost the city about £776 million and should have opened in 2010. In the decade since the first money was allocated to the project, the price doubled, the tram network halved and it has taken twice as long to build as originally planned.

Starring roles in the inquiry may well go to former TIE bosses such as Willie Gallagher and David Mackay, ex-council leader Jenny Dawe and ex-transport convener Gordon Mackenzie, as well as representatives from contractors Bilfinger Berger/Siemens and perhaps former transport minister Stewart Stevenson, according to the Edinburgh Evening News.

The paper reported that a non-statutory inquiry would not interfere with any potential legal action and that the hearings would be in public and witnesses would give evidence under oath.