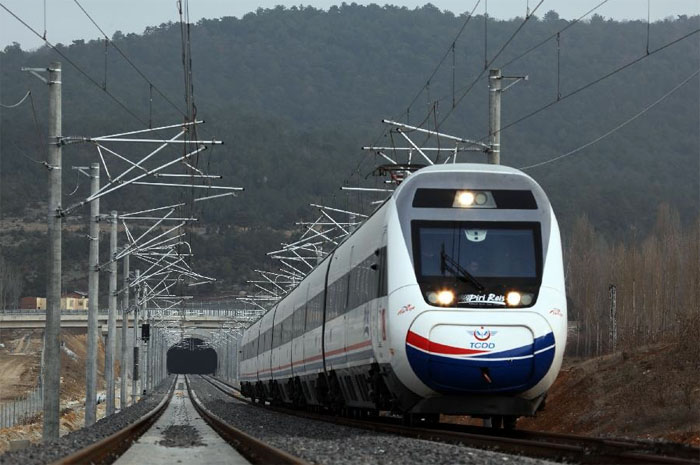 Four new sleeper trains are to be built as part of the deal to award the 15-year Caledonian sleeper franchise to Serco.

Serco will take over running the sleepers between London and Scotland (including Edinburgh, Glasgow, Fort William and Aberdeen) from First Group in April next year.

The new trains, costing £100 million, will be built by the Spanish company CAF and will be ready in 2018. The trains will be leased to Serco by Beacon Rail which is based in Boston, Massachusetts, London and Rotterdam and is owned by Mitsubishi UFG Financial Group.

Serco promised a new website with a much broader range of fares, and earlier boarding.

In theory Serco should earn £800 million from running the franchise. Taxpayers will pay the company £180 million.

The RMT rail union said it was "deeply concerned" the contract had been given to Serco.

Acting general secretary Mike Cash said: "This is a company with a truly shocking track record in the delivery of public services.

"Quite frankly, with their appalling list of failures in the UK and globally, they should never have even been considered as contenders for the Scottish sleeper service.

"The logical option of public ownership was not even looked at. Serco is a company that has a reputation for promising the earth and delivering quite the opposite as they seek to maximise profits and sweat their assets for every single penny piece.

“RMT will be meeting with the other rail unions but I can make it crystal clear that if there is any threat to the jobs and conditions of the staff transferring across from First to Serco it will be met with fierce resistance including the use of industrial action if required."

Serco, which is based in Hook, Hampshire, was forced to repay the Government £68.5 million in December for overcharging for the tagging of criminals.

A Survation poll for campaign group We Own It, found that 63% of respondents thought Serco should be banned from bidding for any new public contracts.

Serco operates London's Docklands Light Railway and the Barclays Cycle Hire scheme for Transport for London. Serco-Abellio has a 25-year concession for Merseyrail in Liverpool and operates Northern Rail services in the north of England. Serco also runs Great Southern Railways in Australia and the Dubai Metro.