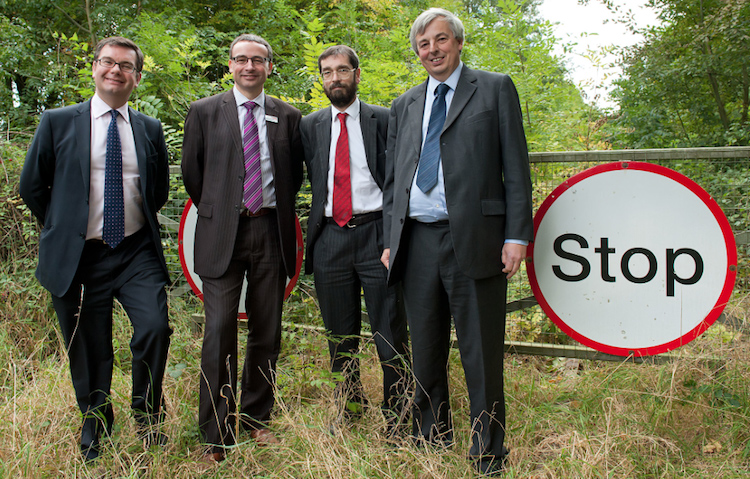 
Through trains will be running between Bedford and Oxford for the first time for 50 years, following a key event this month.

Senior representatives from the East West Rail Consortium, Network Rail and the Department for Transport have formed a Joint Delivery Board to oversee the development of a new, electric railway line by 2017, based on reopening mothballed tracks and upgrading existing rail routes.

The board was formed after the Government announcement in July of support for the western section of the East West Rail scheme and a commitment to electrify part of the route.

The Joint Delivery Board is chaired by Councillor Peter Hardy of Buckinghamshire County Council, who met MPs and other key people at the Buckinghamshire Railway Centre on 12 October 2012.

Councillor Hardy said: “The economic, social and environmental benefits of this railway are considerable. It will enable more journeys by rail – that are fast, clean and efficient – and provide a real alternative to journeys on our congested roads.

“This in turn will make the region more attractive to existing and prospective businesses and we anticipate some additional 12,000 jobs will be created within the area as well as new housing developments. Businesses will have access to a wider and more mobile workforce, which is good news for businesses and workers alike.”

Transport Minister Norman Baker said: “This is an excellent project of strategic importance. As part of the ‘Electric Spine’ from the South Coast through Reading, Oxford, Bedford and via the Midland Main Line to the East Midlands and South Yorkshire, it will offer faster journey times, new route possibilities and low carbon reliable electric train services to cater for growing demand.”

Graham Botham of Network Rail, said: “This is a fantastic example of how targeted investment in rail can support and help drive economic growth, connecting people with jobs and providing new transport links between the region’s towns and cities.

“Our role is to design, build and fully integrate East West Rail into the national rail network and we are fully committed to working with the East West Consortium to ensure that the social, economic and environmental benefits of this scheme are maximised.”

However, the service pattern may change before the line is opened.

The last time there were through trains between Oxford and Bedford was in 1967.

The consortium forecasts that 12,000 new jobs could be created in the area and the annual regional gross domestic product could increase by £38 million and tax
revenues by £17 million.

Local authorities will be expected to provide between £30 million to £50 million while the Government will provide £240 million, plus £130 million for electrification of the route.