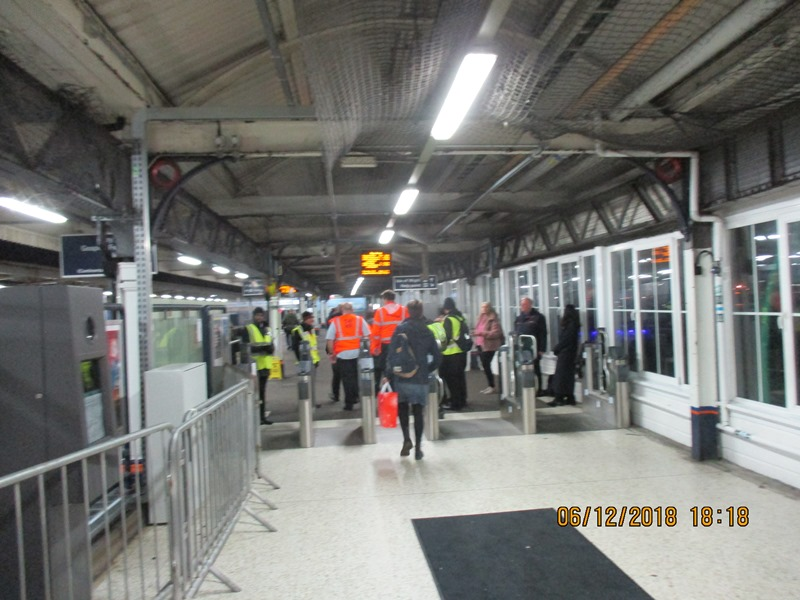 New ticket gates cause a furore in Portsmouth. Portsmouth Harbour gateline: pass down to the end and turn left to access the ferry terminal.

After 16 months in the driving seat South Western Railway is seeking to tick off as many franchise commitments as possible, one of which is to install ticket gatelines at an additional 14 stations on the network. But at complex stations with multiple exits or public rights of way, this is easier said than done.

Take Fratton for example. As well as providing an exit from the island platforms, the old station footbridge acts as a public right of way from the station forecourt on the north side, across the railway to Fratton Park football stadium and Southsea on the opposite side. A previous attempt to fence off the two pedestrian flows had to be abandoned as it proved so unpopular. Now history repeats itself as SWR appears to be trying to force those arriving by train across the new footbridge (with lifts) to their newly-installed gateline in the station building, only to have to climb onto the old footbridge to reach Fratton Park or Southsea. We hope they remember to open the floodgates leading to the old footbridge when trainloads of football supporters arrive at Fratton on matchdays!

The new ticket gateline at Portsmouth Harbour station is even more contentious, with Wightlink (operator of the FastCat foot ferry to the Isle of Wight) crying foul. After the ferry service was privatised in the mid 1980s, the ferry company set up its own reception area and ticket office near the departure pontoon, accessible only through the railway station. There has always been free passage for pedestrians through the station building between the City and ferry, a right of way now blocked off by SWR’s new ticket gateline. Wightlink has been advising its passengers that they don’t need to show a ticket at SWR’s ticket gates … but imagine if you’re new to the area and trying to find your way to the ferry! Of course, ticketless rail travellers will simply blag their way through the gates on the pretext of being on their way to or from the ferry, which rather defeats the object. At least those travelling on through tickets between the mainland and island will still be able to pass through unhindered – but they represent a significant passenger flow that will go unchallenged by the new revenue-protection arrangements.

Whilst we’re in favour of measures to prevent ticketless travel, we think that train operators need to consider the needs of everyone using the station regardless of whether they are making a train journey. We acknowledge that there are major problems to overcome when introducing new barriers and ticket gates at our more complex stations. However, cutting off popular shortcuts may actually deter people from using the train when there are other ways to make the journey. Furthermore, queues and arguments at ticket barriers need to be avoided as they can lead to missed connections – that’s a particular problem at Portsmouth Harbour where missing the ferry can mean a one-hour wait.

Railfuture Wessex would like SWR to consult more widely before depositing another ticket gateline at one of our stations!


Our Ferry user test picked out Portsmouth for how rail -ferry integration should be done, but that has now changed!