The reopening of the Borders Railway down to Tweedbank on 6 September 2015 was celebrated far and wide. Weeks after it opened Railfuture held a packed event at the new Transport Interchange at Galashiels, towards the southern end of the reopened line. In June 2016 Railfuture staged its national summer conference at the Scottish National Mining Museum, which is less than 10 minutes’ walk from Newtongrange station. The event attracted 80 people.

The Borders Railway is one of Railfuture’s most successful campaigns. However, it nearly didn’t happen. The business case was poor (the benefit-to-cost ratio was just 0.5 suggesting that its cost was higher than all the benefits it would bring) and the predicted patronage was underestimated. The method for predicting usage has been called into question (not for the first time as most re-openings have far exceeded expectations).

The legacy of the assumed low number of passengers has been a scaled back railway that is affected by delays that are likely only to increase if the line is extended further south, as Railfuture hopes.

David Spaven is a campaigner, consultant and well-respected writer on railways (his book Waverley Route: the battle for the Borders Railway was published in 2015). He has spoken about the Borders Railway at several Railfuture events including its national summer conferences in Stirling (2012) and Netwongrange (2016).

The Scotsman on Monday 5 September 2016 published an opinion piece by him entitled “Quango manages to derail Borders success story” on the failings by Abellio ScotRail and Transport Scotland on the Borders Railway. This Railfuture article quotes various pieces from his text.

His main target was Transport Scotland. He claimed that their failure to get its projections right means has left the successful Borders Railway seriously short of the proper facilities. A good example of passengers being short-changed is the complete lack of toilets for the public at the Tweedbank terminus, which could so easily have been provided in an extension to the ‘luxurious’ staff building (which, obviously, does have them). The best passengers get is a waiting shelter (photo below). 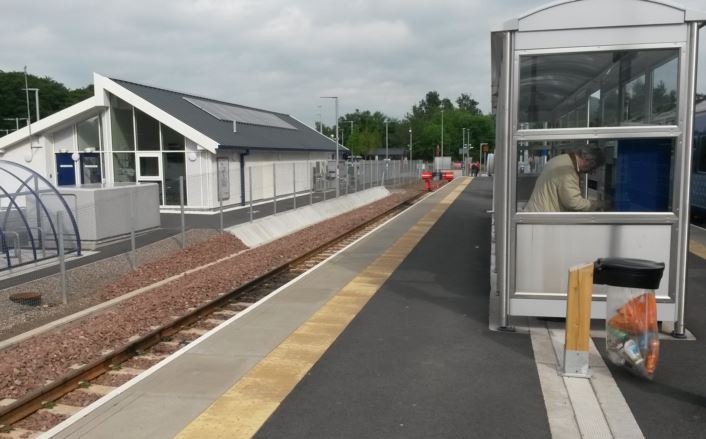 It’s a long way up from Newtongrange station to the Scottish Mining Museum. The expensive zig-zag ramps were provided for wheelchair users but presumably the business case didn’t justify direct stairs as well so that able-bodied people could save several minutes (photo below). 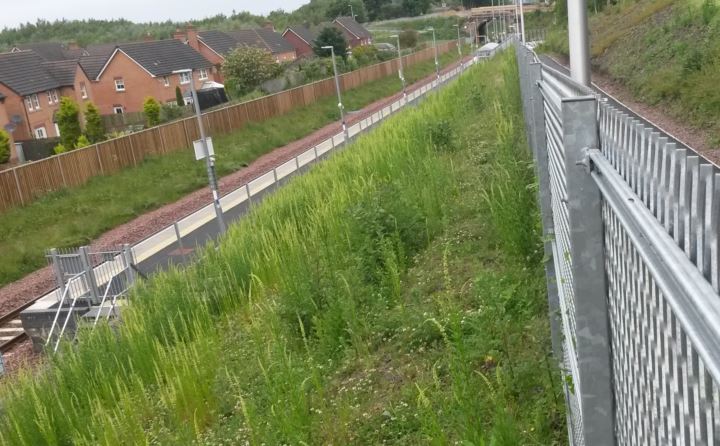 Mr Spaven says that the train service through Midlothian that climbs to the 880 ft high Falahill summit and threads its way along the valley of the Gala Water has proved to be extremely popular with both locals and visitors. He claims that Transport Scotland (the Scottish Government agency) should be deeply embarrassed by its wildly-pessimistic forecasts in 2012 that an average of just over two passengers would use each train at the two biggest stations, Galashiels and Tweedbank.  He says that “Even allowing for the novelty factor of a new railway that was shockingly wide of the mark.”

The 241-space Tweedbank station car park is routinely full to overflowing, while at Galashiels, public transport users benefit from the impressive new transport interchange, where scheduled bus services fan out across the entire region. From Edinburgh to Gala, the train typically takes well under an hour, compared to 83-94 minutes on the bus along the A7.

It has been built as a largely single-track railway. There were warnings about cutting back the amount of double track from 16 to just 9.5 miles to stay within the spending limits set by the Waverley Act (and even building bridges to only support one track), which has predictably led to unpunctual services for much of the first year of operation. This has been exacerbated by track and signalling failures on the Borders Railway and the poorly-performing Class 158 trains that operate on it. There were 70 trains cancelled over the first ten days of August 2016. At the time of Mr Spaven’s article, the proportion of “right-time” arrivals at Tweedbank had never reached 70 per cent across any one week since late October 2015.

Passengers using the Midlothian stations have suffered as late-running trains skipped stops to try to catch up time. This practice has contributed to relatively poor patronage at three of the four stations in Midlothian, the exception being Newtongrange, where ready access to the Scottish Mining Museum has boosted numbers above forecast – demonstrating that while a degree of unreliability may be tolerable for the leisure market, it is increasingly unacceptable for daily commuters.

Whilst it may seem relatively simple to reopen a railway line, it should not be done in isolation. Little of the traffic will operate on just that line – trains need to leave and join the network. At the time of designing the new line the engineers were well aware of the track congestion on the East Coast Main Line between Edinburgh Waverley and Portobello Junction, which has caused further delays entering and coming off the Borders Railway. A grade-separated junction was unaffordable but could anything else have been done?

His article accused both Transport Scotland and ScotRail of “complacency” about the poor service. He quoted the former: “We are committed to ensuring ScotRail delivers a punctual and reliable rail service across the network and that they address issues around punctuality to give passengers the very best service possible.” The latter added: “As with other parts of the network, the Borders line is subject to occasional technical faults.”

The sad thing for campaigners, including Railfuture, is that their efforts to promote the new railway can lead to complaints from passengers disappointed by their experiences and the commuters, who are so vital to the railway’s future, abandoning it.

He mentions that the political establishment did consider some of the suggestions by unpaid campaigners “who, unlike many of the consultants, knew their Borders.” One success was constructing two long platforms at Tweedbank (photo below) for locomotive-hauled tourist charter trains including steam ones. However, they need to be expensively ‘top and tailed’ as no run-round was provided. Worse still a lack of capacity on the line means that if a charter runs then a passenger service has to be cancelled. 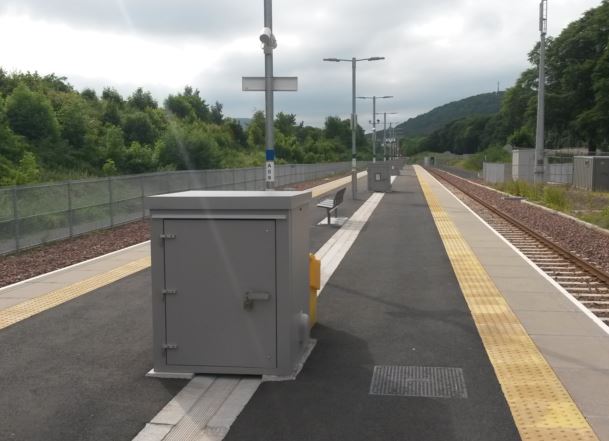 The grassroots efforts of the Campaign for Borders Rail and Stow Station Supporters convinced the Scottish Parliament that the growing village of Stow should not be physically and economically by-passed by the new railway. Originally forecast officially to generate just five return rail trips per day, Stow station has more than 75 return passengers daily.

He closed piece for The Scotsman by calling on Transport Scotland to put together, in conjunction with Network Rail and ScotRail, an action plan to improve reliability over the inevitable years until any big infrastructure improvements can be delivered.  He also wants MSPs to launch an inquiry to identify why such a sub-optimal railway specification, based on hopelessly inadequate patronage forecasts, was produced. Too late for this scheme but it may prevent a repeated mistake.

Railfuture is run entirely by volunteers and funded by its many members (click Join). It campaigns to improve the passenger experience on Britain’s railway, especially at stations and on board trains. It is particularly interested in improvements to service quality and resilience along with innovative ideas that can be copied. Feedback can be e-mailed to feedback at railfuture.org.uk.
Read some of the previous articles by this writer: Eurostar's New Trains,  Carlisle Sets Example, Day Ranger Day Out,  Railfuture Gives Evidence,  Prague Compared,  Hopping to Catch a Train, Mountain of Ideas, Sent to Coventry,  Fare Rises - RPI vs CPI,  New Year, Better Railway, Passenger Growth Future?,  Passenger Priorities , Accessible Travel,  Stansted Experience, Widening the NET, Cheapest fares by law?,  Fare Increase Viewpoint and Tube Staffing.