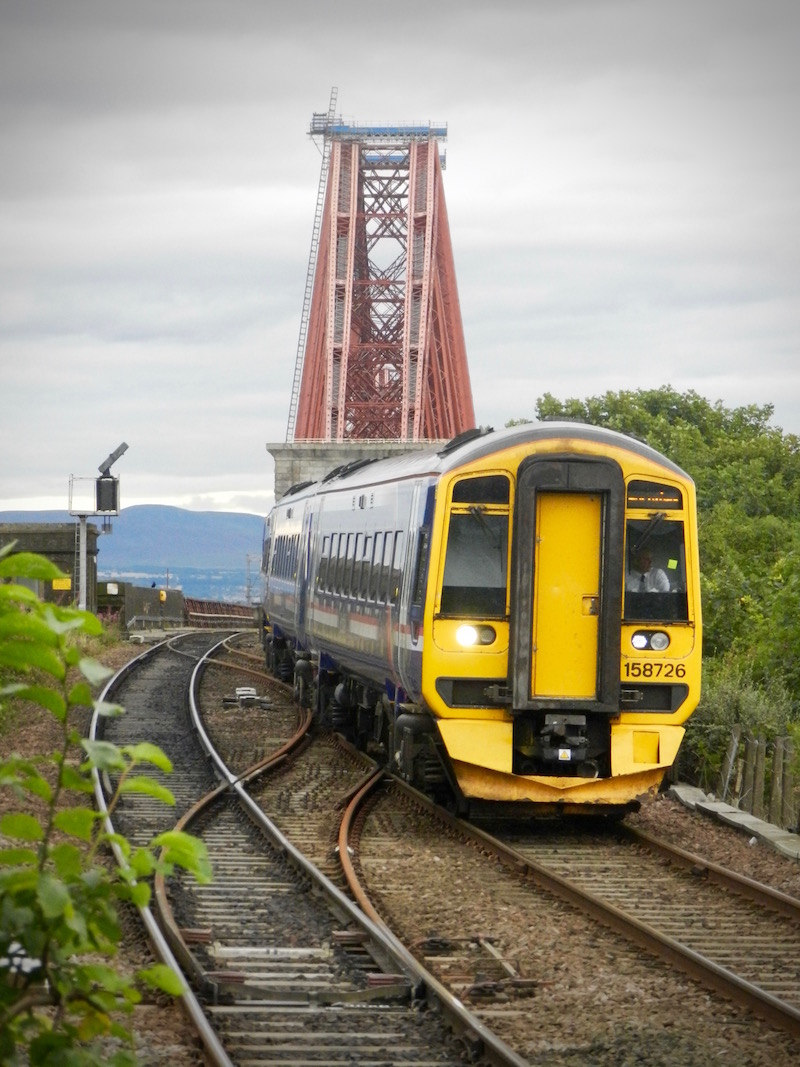 ScotRail train with Forth Rail Bridge in September 2015

The cost of tendering and bidding for the ScotRail and Caledonian Sleeper franchise added up to £53 million, researchers have found.

If that money had been allocated to cutting fares instead, fares could have been cut on average by 13%.

The research was commissioned by the trade union RMT which is campaigning for an end to franchising and for all train operators to be brought back under direct public control.

“It is a scandalous reflection on the real costs of privatisation that passengers in Scotland could have had a 13% cut in fares,” said RMT general secretary Mick Cash, “if they had not had to shoulder the massive costs of the ScotRail and Sleeper tendering.

“Privatisation is a double whammy for the travelling public, it hits them with higher fares while delivering a lousy service as companies like SERCO on the Caledonian Sleeper sweat their franchises for every penny in profit that they can extract.

“RMT’s fight for public ownership of a railway run in the public interest will step up a gear in 2016.”

The ScotRail franchise has been operated by Abellio, a subsidiary of Nederlandse Spoorwegen, the Netherlands national railway, since April 2015. Previously it was operated by First Group which originated from the deregulation of bus services by the Thatcher government in 1986.

The Sleeper franchise was split from ScotRail and has been run by Serco since April 2015.