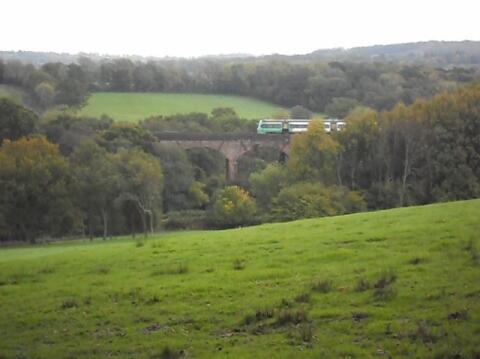 The Railfuture proposal to reinstate Uckfield - Lewes and relieve the Brighton Main Line will take account of the constraints of both the Brighton and Uckfield lines, by defining phases which match Network Rail plans to address those constraints. This will allow an initial solution to be implemented relatively quickly (by 2022), rather than waiting until funding is available to implement a major programme including a cross-London link, for which 2043 is the likely timescale.

The solution cannot be defined until we have gained stakeholder commitment to the needs, and funding for a review of solution options and the business case. However a possible phased solution meeting these constraints might be:
Railfuture have identified 4 viable route options which enable direct trains between Brighton and London via Uckfield. Our preferred solution is the 'LUcky Lewes Horseshoe', which follows the A27 Lewes bypass and the Cockshut. This could be completed in Control Period 6 (or sooner) to provide an alternative route between Brighton and Haywards Heath without reversing, which would have enabled a service to be maintained when Patcham Tunnel was flooded recently. It would also avoid reversing of the Lewes - Brighton shuttle service at Lewes, which might improve stock utilisation, and would facilitate services via a reopened Uckfield – Lewes line to Brighton. The radius of curvature needed is similar to that of the new curve on the East London Line Extension at Shoreditch, which operates without disturbing local residents.

Network Rail may find that the need for resilience justifies changing incremental sequence to put an electrified Lewes loop first, followed by reopening between Uckfield and Lewes.