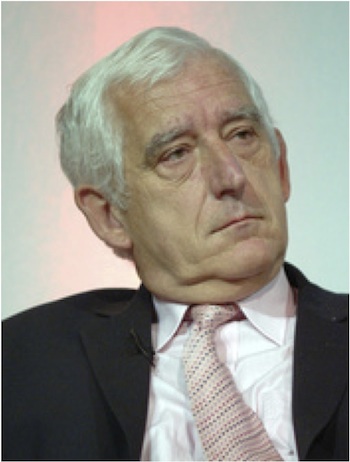 Born in Winchester and educated at St Paul's School, Hammersmith, and Oriel College, Oxford (where he read history), he began his career in 1965 as a trainee manager with British Rail in the West Midlands, becoming area manager at Hull in 1973.

In 1984 he became manager of ScotRail, building its new identity.

In January 1986 he became BR sector director for London & South East. In April he announced that Marylebone station in central London would be reprieved from closure, and in June he launched Network SouthEast to unify London suburban rail services.

At the beginning of 1992 he was appointed managing director, InterCity with a remit to create a new integrated and profitable business sector (from that April) which he did with a particular emphasis on customer service.

As he had an interest in the built heritage it should not have been a complete surprise that in 1995 he should take a new direction as chief executive of English Heritage; however, he resigned from this post after 14 months.

He then became a director of consultants Gibb Rail and an adviser to the House of Commons transport select committee. In 1995 he had also been appointed a board member of Eurotunnel.

In 1999 he was invited back into active rail industry management as chief executive of Virgin Trains on a five-year contract with a twofold mission - to deliver a markedly improved service on the existing network and ensure the £1.8 billion worth of new class 390 Pendolino, class 220 Voyager and class 221 SuperVoyager trains would be delivered on time. He also served as non-executive chairman of Virgin Rail Group Holdings, 2004-5.

In 2005, he was appointed as a non-executive director of Network Rail.

Chris Green has also served as a non-executive director of Connex Rail, chairman of The Railway Forum, 2005–2006, an advisory board member of Cranfield University, and a trustee of the Royal Liverpool Philharmonic Orchestra.