Railfuture supports the SENRUG campaign to re-introduce passenger services on the Ashington Blyth and Tyne freight lines, serving an area with a population of around 100,000, high unemployment and poor transport links. 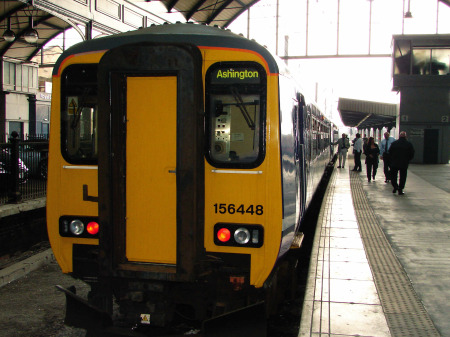 SENRUG charter 2008 destination blind. Photo by John Brierley.
The original Blyth and Tyne railway was never a single route but a network of lines and branches originally built to move coal from the collieries of South East Northumberland to the ports on the Blyth & Tyne rivers. Passenger services were withdrawn in the 1960s during the Beeching era.

However, the line from Newcastle to Ashington then on past the former Woodhorn Colliery to the power station at the former Alcan plant at Lynemouth remains a fully working freight line, as does a branch from Bedlington re-connecting with the East Coast Main Line at Morpeth. Sadly, the tracks to Blyth town centre have been lifted, so the re-opening campaign is known as the “Ashington Blyth & Tyne” line, reflecting what the line could do now, not what it did in the past.


What Is Left Today?

The route leaves the East Coast Main Line at Benton Junction, north of Newcastle. Between Benton Junction and Newsham, the line is single track, running alongside the Tyne & Wear Metro (which stole one of its tracks) until Northumberland Park Metro Station, where it turns north to Newsham. From here, it is double track right through to Ashington and Woodhorn and on to its terminus at the former Alcan works. A single track section also connects Bedlington back to the East Coast Main Line at Morpeth, often hosting steam charters such as The Flying Scotsman. There is also a working freight spur to North Blyth. 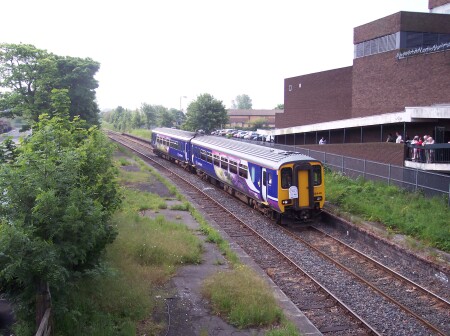 
What Are We Seeking To Do? 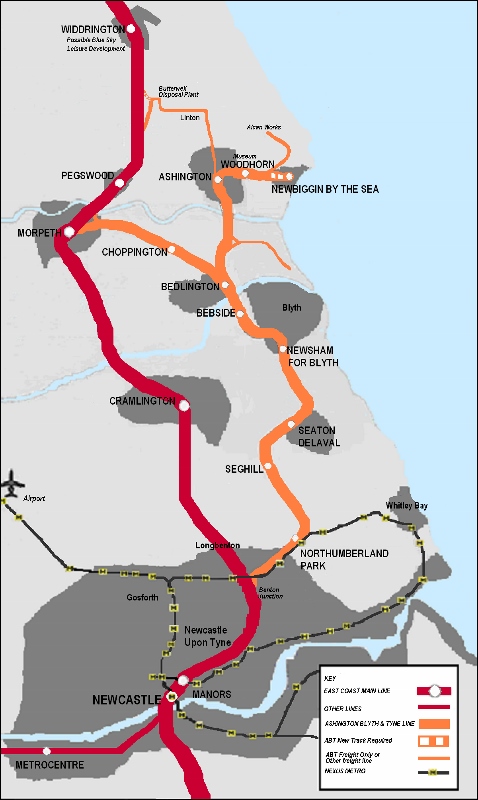 Beyond Ashington, we want to see passenger services extended to a new station at Woodhorn (there never was a station on the original network here, which is why we use the phrase “new”). The Museum of Mining and Northumberland Life at Woodhorn is now a major visitor attraction, and the station here would serve this and also act as a Park & Ride for the smaller communities nearby.

After the core route has been opened, there are further links and stations that can be added.

What Is The Business Case?

The business case for re-opening the line is based on the re-invigoration of Ashington and other communities in South East Northumberland.

The former Wansbeck District Council area has 12.7% unemployment rate and 21% in receipt of key government benefits. Improving the transport links to Newcastle and Gateshead, with connections at Northumberland Park for Cobalt and Silverlink, will improve access to jobs, connecting areas of need with areas of opportunity.

Whilst we accept that most households now have access to a car, there remain many 1 car households where 2 or more people are seeking work. Young people in particular often cannot afford to run their own car and are dependent on good public transport to find jobs.

Good public transport and access to work also creates inward investment. People who already have a job but looking to set up home will find places such as Ashington, Bedlington and Blyth more attractive as they can get to their place of work easily. Such people will support local businesses, creating further employment in the area.

The case for creation of a new station at Woodhorn is based both on its function as a Park & Ride location serving villages and communities around Ashington, and also on bringing off-peak leisure traffic from Newcastle and further afield to the adjacent Woodhorn Experience – A museum of mining and Northumberland life and a major tourist attraction.

The re-opened line will also give access to the wider rail network making it easier to reach places such as York, Leeds, Birmingham and London. This makes the communities served by the line more attractive locations for businesses, plus giving access to a wider range of jobs in locations such as Sunderland or Durham.

The business case has been tested in the Market Appraisal and very robust Demand Assessment Reports commissioned by Northumberland County Council.

The following is a brief chronology of the progress of the campaign which SENRUG commenced in July 2004. Some key dates have been estimated, or events (such as commissioning a report and the final report being published some months later) have been compressed into single activities. 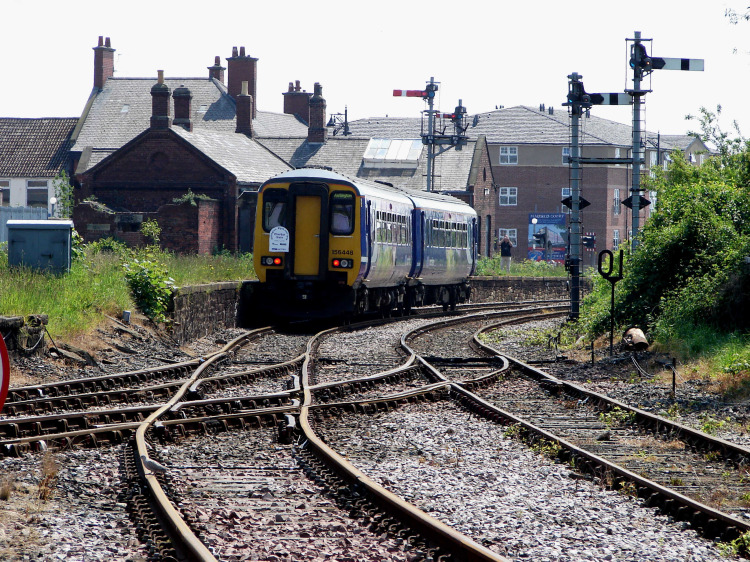 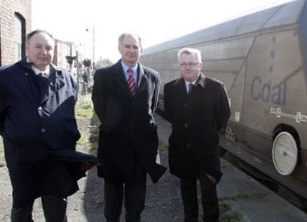 The plan currently being progressed is for:
To achieve this service pattern, a 2.45 km passing loop would be required on the single track section somewhere near Seghill, and the double track section needs to be extended south of Newsham for 1 km. 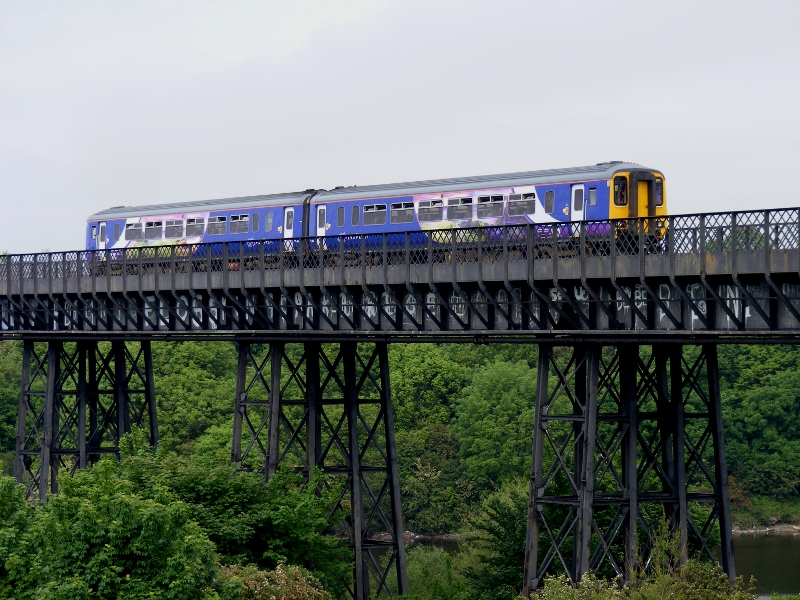 Why Heavy Rail and Not Metro?

Some people have argued it would be better to extend the Tyne and Wear Metro services to Ashington through a spur at Northumberland Park. The difficulties with this approach are:
On the other hand, a heavy rail solution:
Northumberland County Council is proceeding with the heavy rail solution although this has been misreported in the press as a Metro extension from time to time. However with possible devolution in future, the heavy rail service could carry the Metro brand.

Once the Line’s Re-Opened, What Else? 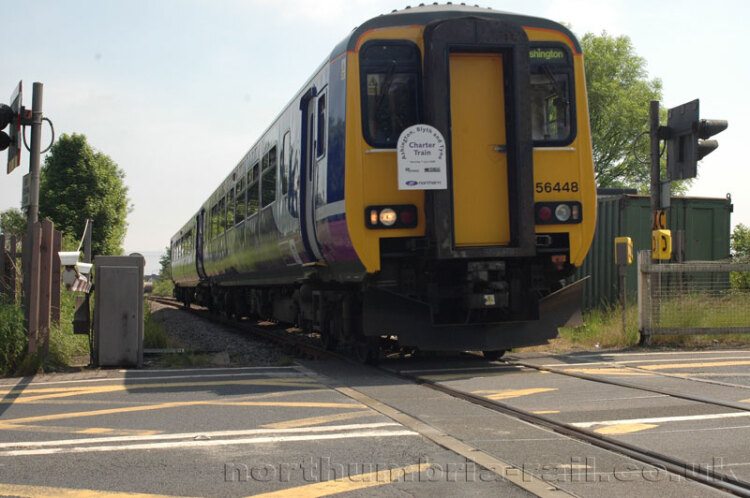 How Can You Support Our Campaign?

First and foremost, we’d like people to join Railfuture and SENRUG. Quite simply, the more people we speak for, the louder our voice will be heard.

Whilst the majority of our members are individual citizens (including partner and family members), we also have corporate membership available for Town & Parish Councils, other statutory organisations, local business, chambers of commerce and Trade Union branches.

Click the 'Join Railfuture' button on the left or go to the SENRUG website to see current SENRUG membership rates and apply.

From time to time we can advise our members of specific opportunities to give support, as for instance when SENRUG organised an online petition to 10 Downing Street.

Railfuture and SENRUG also urge people to contact their local authority Councillor and MP to ask them to support the scheme. It may well be the case that your local representative is already supportive, but he or she needs to know how many people support him / her in supporting this campaign.

A Brief History of The Ashington Blyth & Tyne Line

(information kindly supplied by Alan Fendley)
The lines we wish to see re-opened to passenger trains started life as part of the Blyth & Tyne Railway, which was incorporated in 1853. Ashington was originally a branch that was added later.

The Blyth & Tyne was never a single route but a complex network of interconnecting lines built to get coal from the collieries of South East Northumberland to the ports on the rivers Blyth and Tyne. However, Blyth & Tyne managers soon saw the potential for carrying passengers as well, just as we hope those in authority will again today.

The Blyth & Tyne railway was both successful and extremely innovative. It used an integrated system of stationary, semaphore and lamp signalling. Smoking was banned on all its trains, 100 years ahead of its modern day counterparts.

The Blyth & Tyne was incorporated into the North Eastern Railway in 1874 and eventually of course into British Rail. Prior to our 7th June 2008 charter, the last passenger train to Ashington was 2nd November 1964. The last train to serve Choppington and Hepscott was 3rd April 1950.

Photo gallery of stations on the line